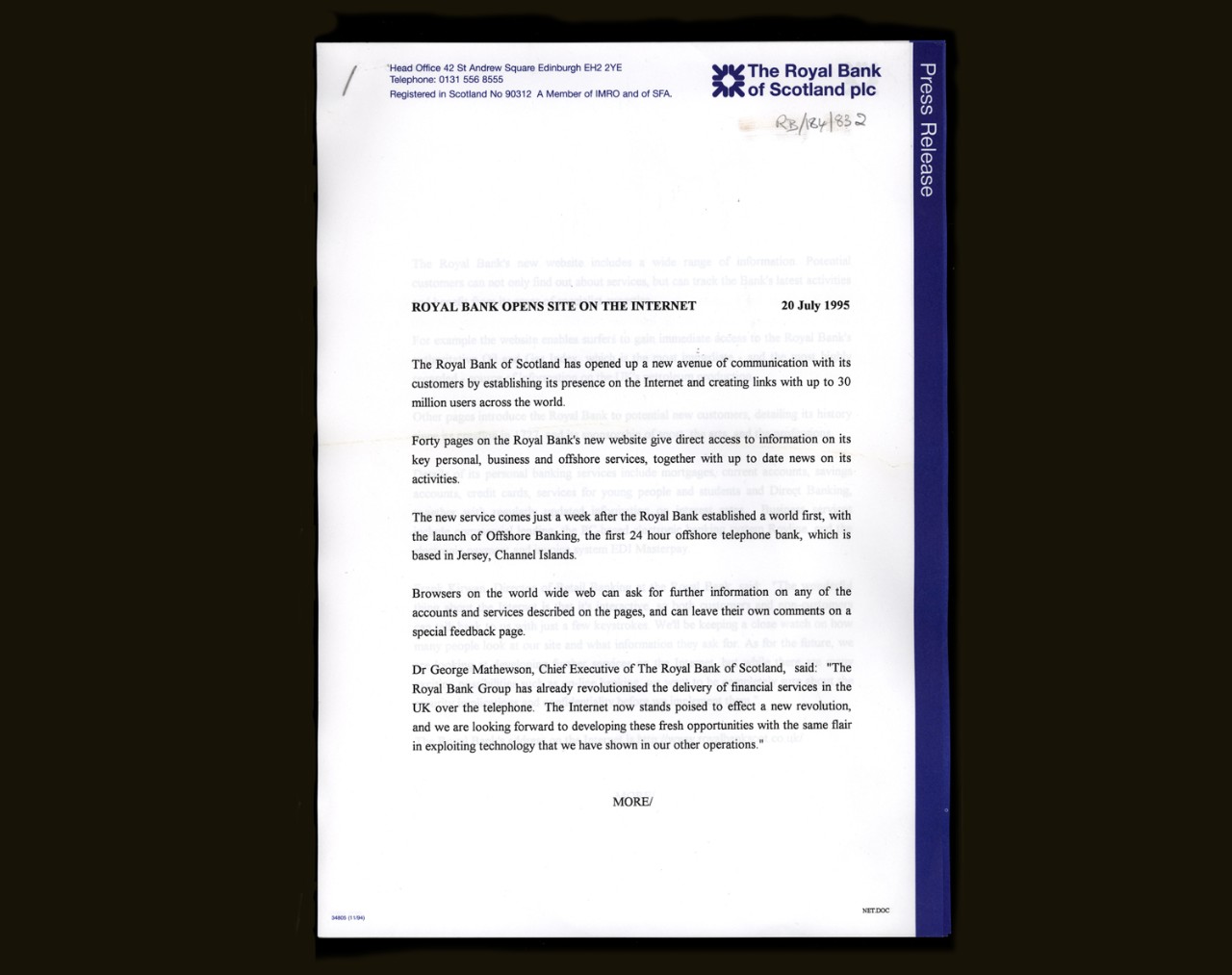 The site was launched in July 1995, just before the worldwide web reached its fourth birthday. In the first few years, most websites had belonged to universities and other academic institutions, but by 1995 and 1996 commercial organisations were beginning to realise that they needed to join the revolution.

Banks had been heavily reliant on computers since the early 1960s, but until the mid-90s they had stayed in the back offices, crunching numbers and avoiding the limelight. Inter-bank electronic payments already existed, but as far as most customers were concerned, this was behind-the-scenes administrative stuff. With the advent of the worldwide web, however, the role of computers was transformed. They became a communication channel, a vital aspect of every bank's public identity and a way for banks to get closer to their customers.

| a channel for communicating with all sorts of different audiences

In 1995, the bank's new website had a potential audience of up to 30 million web users worldwide - a tiny number compared to today, but more than any previous communication channel had ever offered. The site featured 40 pages of information about products and services, and about the bank itself. In those days it hosted only information - banking transactions could not be carried out on the site - but all the banks knew that internet banking would be the next step. In 1997 the Royal Bank became the first British bank to get there, with a comprehensive internet banking service.

Meanwhile, the volume of information provided through the website continued to grow rapidly. The website gradually became the leading channel for communicating with all sorts of different audiences, from actual and potential customers, investors and staff to media researchers and journalists. It wasn't long before it had made printed press releases like this one a thing of the past. Today, they're all published on the website.