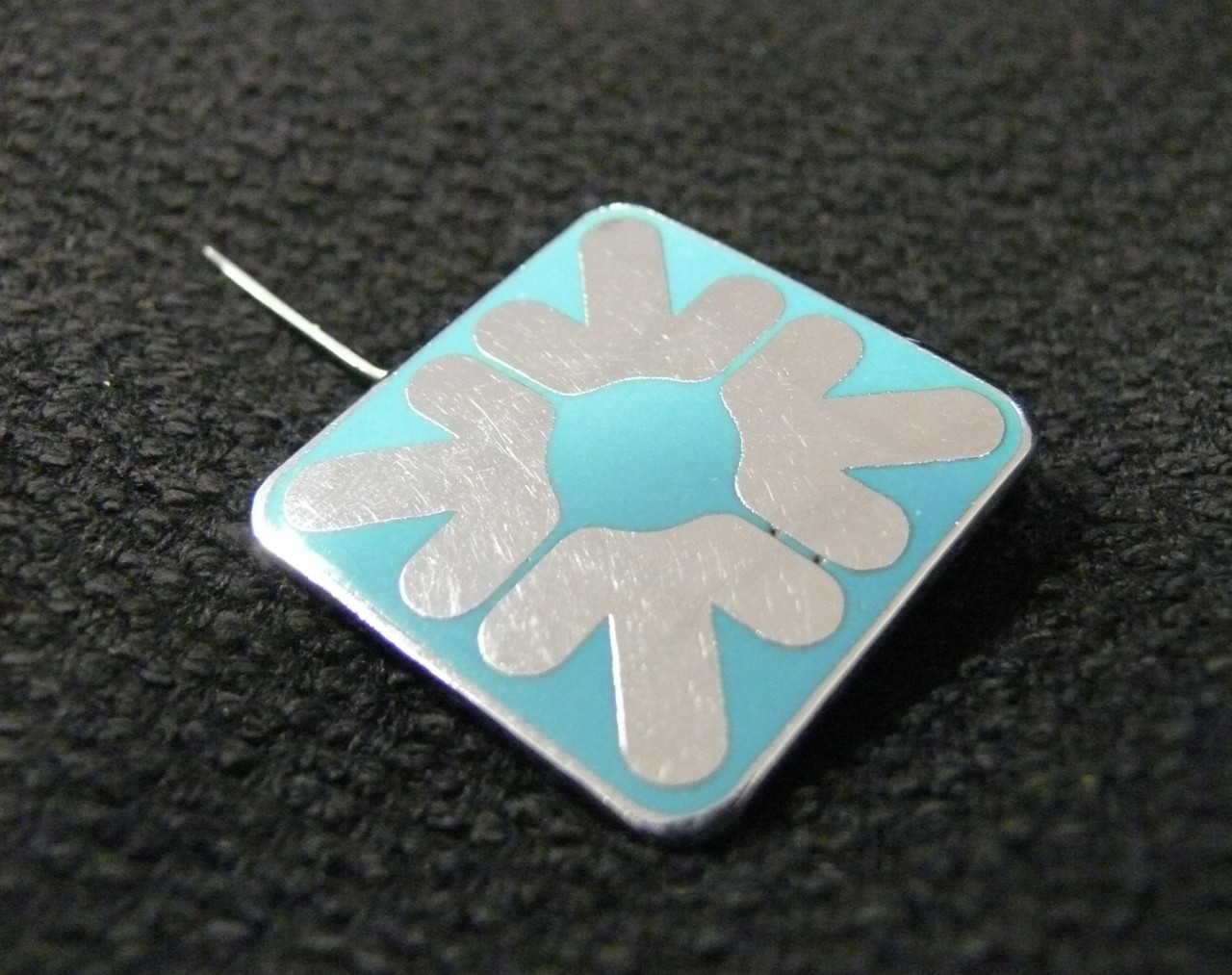 This brooch represents an early usage of The Royal Bank of Scotland's daisy wheel brand mark. It was made in about 1970, soon after the symbol was first introduced, and was given to female members of staff to wear at work, although in most departments wearing it was optional. Male colleagues were given a tie bearing the same symbol.

Banks had been relatively slow to get into branding. As late as the mid-20th century, few had a unique visual identity. Walking down the average British high street, you'd spot the banks quite easily - they tended to be in imposing, solid-looking shops, often on corners or other prominent locations - but you wouldn't instantly recognise the difference between a Westminster Bank and a District Bank, or between a Royal Bank of Scotland and a Commercial Bank of Scotland. Only the bank's name, written on a relatively discreet sign, would tell you that.

By the 1950s and 60s, however, competition was growing. Many people were opening bank accounts for the first time, with no history of loyalty to any particular bank. Others who already had accounts were becoming more prepared to shop around for additional financial services. Meanwhile, a succession of bank mergers was erasing familiar names from the sector and introducing new ones. The banks were keen to compete with each other, but it was increasingly obvious that to many people, they all looked the same.

| The newly-enlarged bank was keen to create a strong brand

In Scotland, one of the biggest mergers happened in 1969, when National Commercial Bank of Scotland became part of The Royal Bank of Scotland. The newly-enlarged bank was keen to create a strong brand, and so introduced the daisy wheel symbol. It was devised from piles of coins arranged into patterns, and depicted four inward-pointing arrows, representing the bank's efforts to accumulate and concentrate wealth in its customers' interests. The squareness of the symbol was intended to emphasise reliability, and the blue colour was said to be associated with calm, dependability, and the bank's Scottish origins.

In more than 40 years since then, the fonts, colours and wording of the bank's brand identity have changed with the times, but at the centre of it all the core brand mark has remained, remarkably unchanged, from 1969 to today.