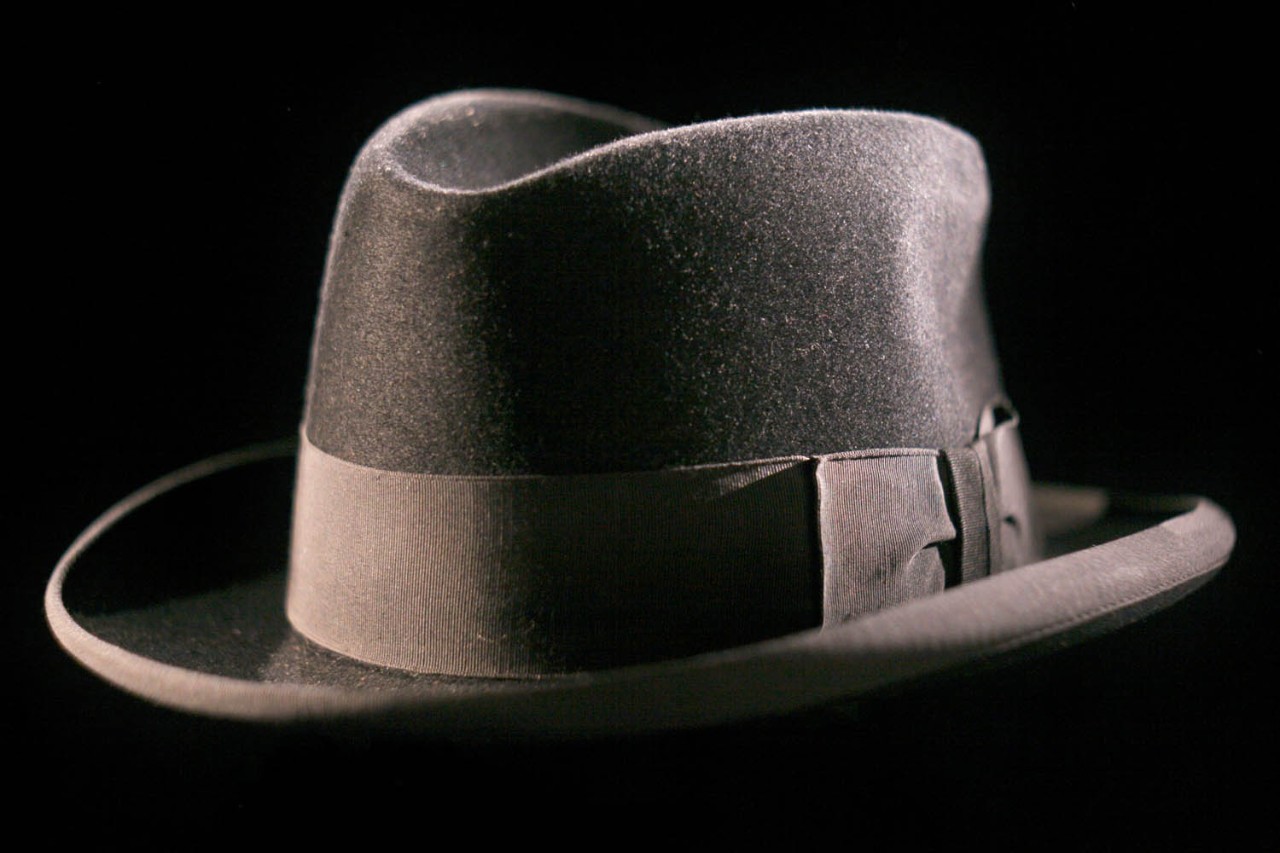 Where would a bank manager be without his hat? From George Banks in Mary Poppins to Captain Mainwaring in Dad's Army, the bank manager has always been portrayed in the same fashion - in a dark suit, carrying a rolled-up umbrella and wearing a sober hat.

Almost as soon as banks began to open branches in towns up and down the country, local managers became recognisable and respected public figures. The bank manager was the human face of an institution which might be based far away, well outside the everyday sphere of many of his customers.

By the 1950s, when this hat was worn by one of our branch managers, much of its owner's time would have been taken up with interviewing customers and reviewing and signing all outgoing correspondence. He (at this date nearly all bank managers were men) would also have worked hard to establish new contacts by getting involved in the social life of the district.

Many in the local community relied upon him as their link to the bank, and the way he presented himself - including the way he dressed - was central to the impression they formed of the bank itself.

A bank manager needed to be known as trustworthy, fair and consistent. He needed to pay careful attention to detail, and also to his customers' expectations of proper behaviour. He needed to be dignified and respectful. Over time, he could demonstrate all these qualities through his actions, but clothing was a more immediate way for him to make the right first impression.

The well-turned-out bank manager of the mid-20th century would have worn a smart, dark three piece suit. From his highly polished shoes to the triangle-folded handkerchief in his breast pocket, every detail was calculated to convey care, attention and a strict regard for propriety. He would not have worn his hat in the office, but it would have rested on the hatstand by the door, ready to be donned as soon as he stepped outside. When out and about in town, whether on official business or not, he would have been seen and judged as a representative of his bank.

| smart, serious, more stylish than a bowler but less formal than a top hat

This hat belonged to the manager of Westminster Bank's Market Drayton branch in the 1950s. It's a Homburg, first made popular by Edward VII in the early 20th century and nicknamed the 'Anthony Eden' in the 1930s after the British government minister who often wore one. Winston Churchill was also a Homburg-wearer, and Dwight Eisenhower wore one at his inauguration in 1953. It was the hat of the moment; smart, serious, more stylish than a bowler but less formal than a top hat. Exactly what every image-conscious 1950s bank manager should be wearing.