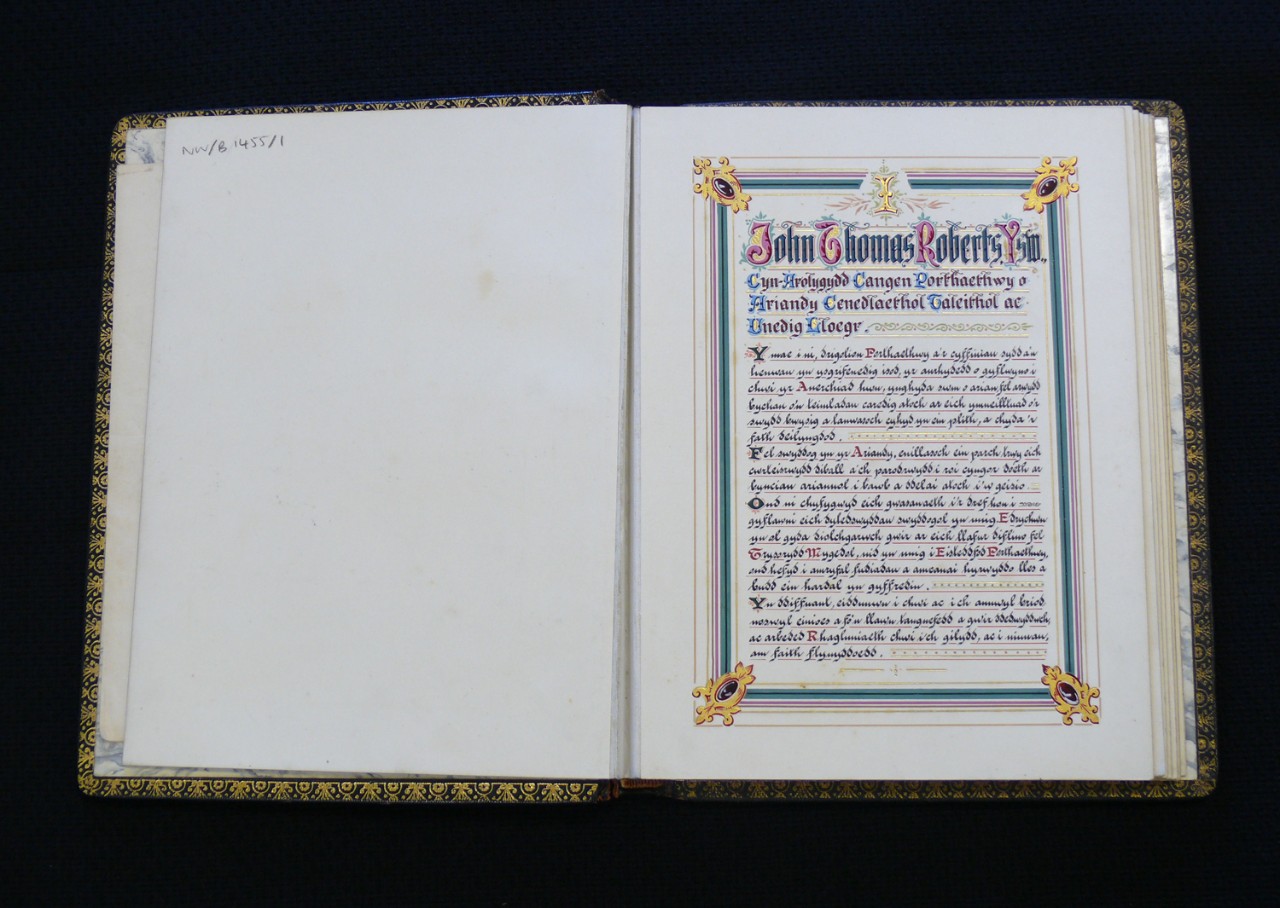 This exquisitely written and illuminated book was presented to John Roberts, along with a cheque, when he retired after 24 years as manager of National Provincial Bank's Menai Bridge branch. It begins with an address in Welsh, followed by the same in English, and then an alphabetical list of over 150 local people and businesses who had contributed to the collection.

John Roberts was an ordinary bank manager in an ordinary town. He never achieved fame or fortune. It would be easy to say that he did not live a remarkable life. Yet to the people of Menai Bridge he was very important, because of the contributions he made to the wellbeing of their community.

The presentation must have been an emotional occasion for Roberts. He knew a collection was being arranged, so had prepared an acceptance speech, but when the moment came at a reception in the town hall he admitted that his planned remarks had vanished from his  mind.

What remained was the gratitude of the people he'd worked with over the decades, not only through the bank, but in many community and charitable projects. Part of the address reads: 'As an official of the Bank you won our esteem by your unfailing courtesy and readiness to help. But your services to the town have not been confined to your professional duties. With unfeigned gratitude we look back upon your indefatigable toil as Honorary Treasurer not only of the Menai Bridge Eisteddfod but also of various movements which aimed at promoting the social welfare of our community'.

Mr Roberts served as honorary treasurer of the local Eisteddfod and Regatta. He helped the town's Boys' Brigade, Gymnasium Class, Football Club and Boy Scouts. He advised on the establishment of a new hospital for tuberculosis sufferers in the area. He was a church warden, member of the Parochial Council and sang in the church choir.

At the retirement presentation, having forgotten everything he planned to say in his speech, he fell back on a quotation from the much-loved Welsh poet Ceiriog: 'Thou knowest what my heart sayeth'. And they did; 24 years of commitment to the community had spoken eloquently for his dedication to Menai Bridge and its people.