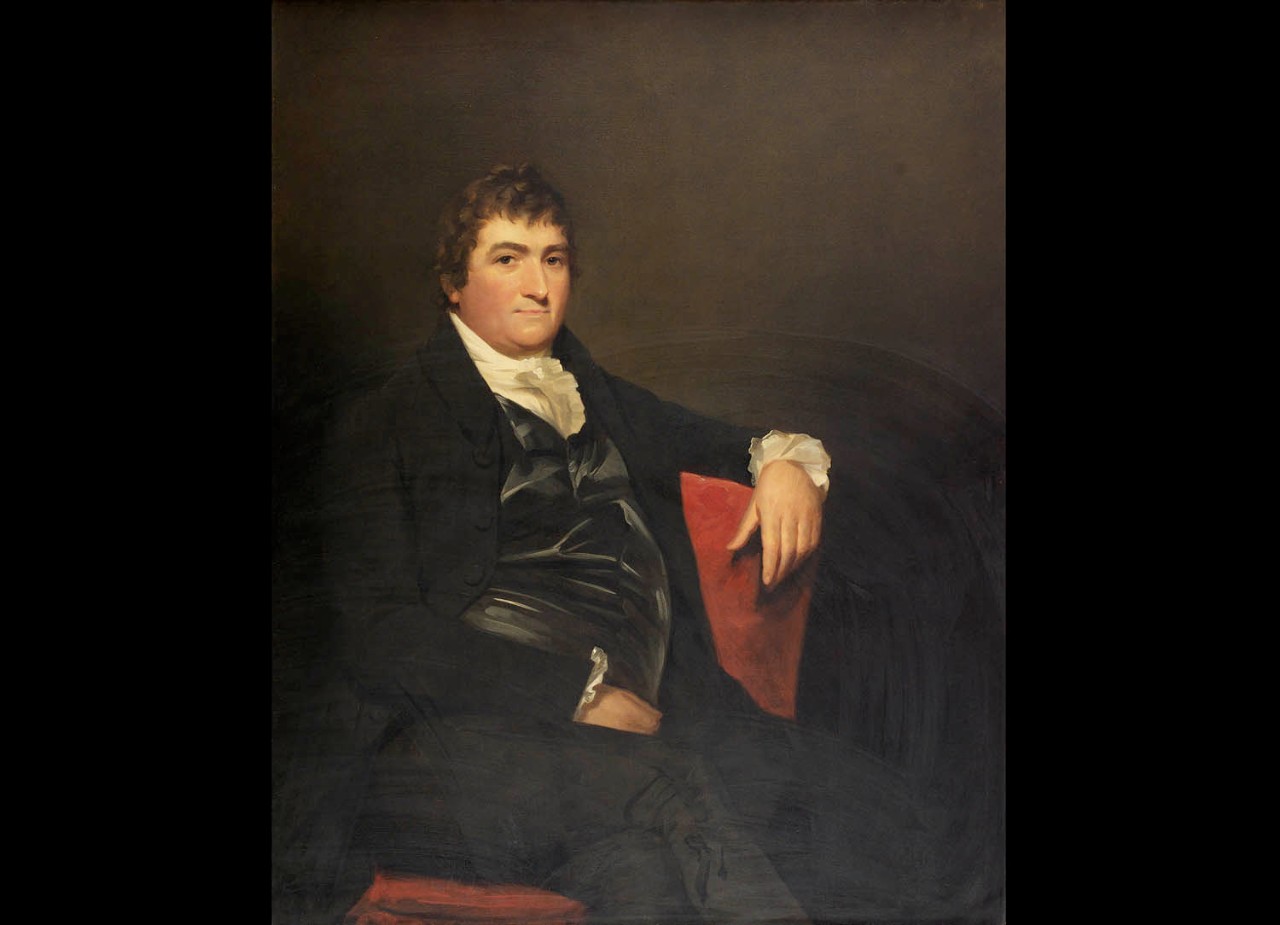 Portrait by Sir Henry Raeburn of William Simpson, cashier of The Royal Bank of Scotland, 1809 © RBS

Painted in 1809, this portrait tells a story about three connected men: painter, subject and patron. The painter was Henry Raeburn, the foremost Scottish portraitist of his age. The subject was William Simpson, cashier of The Royal Bank of Scotland, who had died the year before this portrait was painted. The patron was Gilbert Innes of Stow, one of Edinburgh's most prominent citizens, William Simpson's cousin, a patron of art, and deputy governor of The Royal Bank of Scotland.

All three men knew each other. Raeburn was a customer of the Royal Bank, and dealt regularly with both Simpson and Innes. His relationship with Innes, in particular, went beyond banking affairs. In return for advice and expertise about financial matters, Raeburn shared with Innes his extensive knowledge and accomplishments as an art collector.

In 1807, Innes' support for Raeburn became vital. The merchant house run by Raeburn's son and stepson-in-law got into difficulties. Raeburn was financially involved, and stood to lose everything if the business went under. He took advice from Simpson and Innes at the bank about what to do, but it was too late. In 1808 Henry Raeburn & Co stopped trading. After adjustments, its remaining debts amounted to £14,000. Raeburn was bankrupted.

| Innes ensured that the work kept coming in

Raeburn had two precious resources to fall back on; his extraordinary talent and the goodwill of his friends. Some potential clients doubted his artistic standards now that he was working 'chiefly for cash', as Sir Walter Scott put it, but to his supporters it was obvious that he needed work now more than ever. Gilbert Innes was one of those who ensured that the work kept coming in. He gave Raeburn several commissions, including, in 1809, one for this portrait.

The portrait was painted barely 18 months after Raeburn's bankruptcy. Its subject was a man who had known every detail of his difficulties, heard his pleas for help, offered advice, but ultimately been unable to avert disaster. Memories and emotions must have affected Raeburn as he worked. Art historians agree that that this is not one of Raeburn's best works, and perhaps that is a symptom of the pressure under which he was working at the time.

Innes continued to support Raeburn, vouching for him, advising him and working to secure commissions for him. Raeburn enjoyed another 15 years as Scotland's most important painter. He became president of the Society of Artists in Edinburgh in 1812, and a member of the Royal Academy in 1815. In 1822 he was appointed Painter to his Majesty in Scotland and awarded a knighthood. He died the following year, his important place in the history of Scottish art assured.