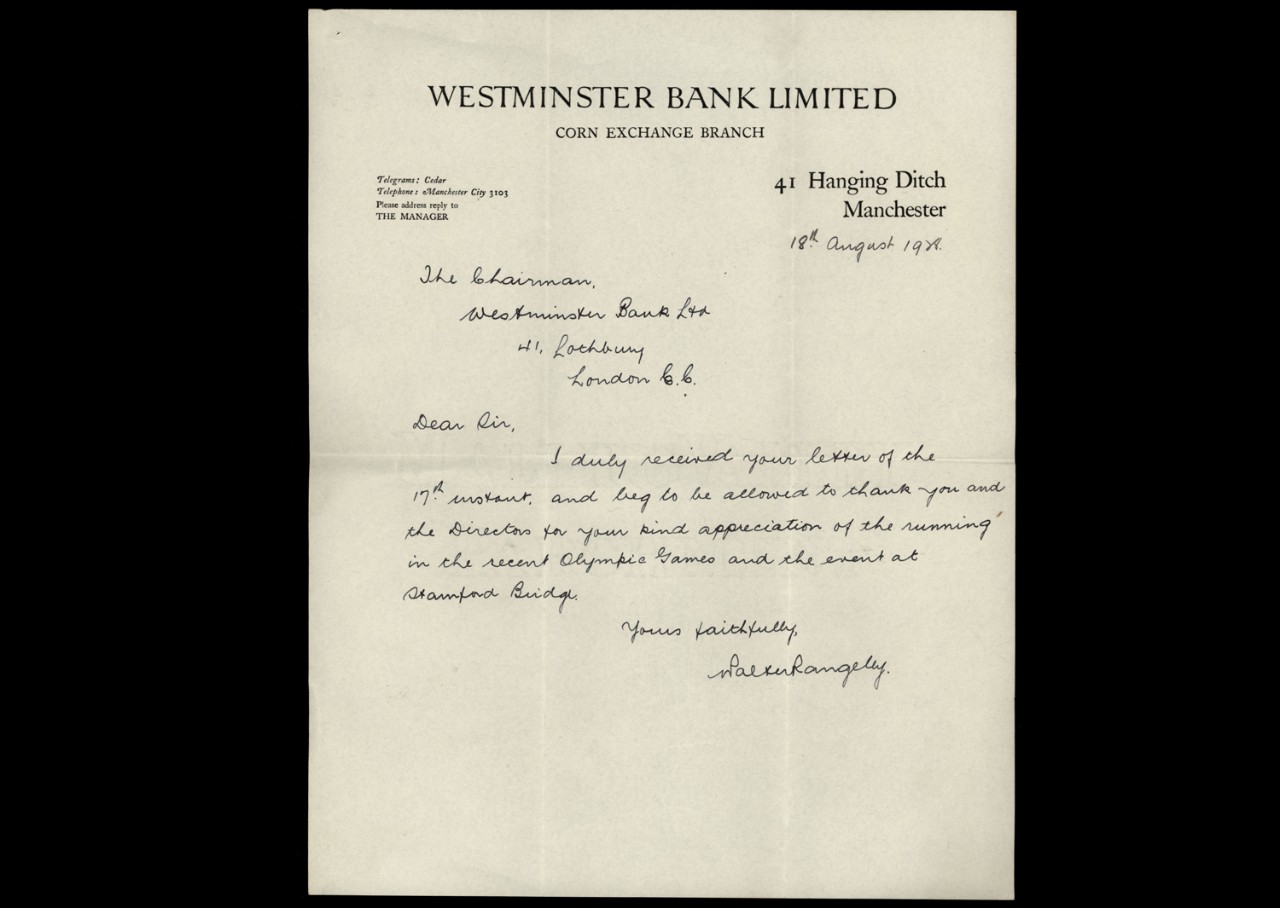 Walter Rangeley represented Great Britain at three Olympic Games, winning two silver medals and one bronze. He won gold and bronze at the 1934 Empire Games and - back home - no fewer than 20 Northern Counties championship titles. He was also the reason why Westminster Bank did rather well at inter-bank athletics competitions in the 1920s and 30s.

Rangeley was born in 1903 and joined the staff of Westminster Bank on his 17th birthday in 1920. His first appearance at the Olympics was at the 1924 Paris Games, which were later immortalised in the film Chariots of Fire. Along with Harold Abrahams, William Nichol and Lancelot Royle, he was part of the British men's 4x100 metres team which won a silver medal at those Games.

Four years later, Rangeley went to the Amsterdam Games. Again, he won a medal with the 4x100 team,  this time bronze. He also won a solo silver in the 200 metres. He did not compete in 1932 but in 1936 he was back again, 12 years after his first Olympic appearance, as part of the 4x100 metres relay team for the Berlin Games. That year, the GB team was not so successful. The event was won by the USA, whose team featured one of the most famous names in Olympic history, the legendary Jesse Owens. 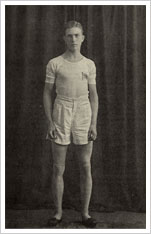 Rangeley's colleagues and employers were immensely proud that a man who usually represented their bank also represented his nation so successfully. After the 1928 Games the chairman wrote to Rangeley to express this pride, remarking - in a triumph of understatement - that 'it is a source of great satisfaction to our Board that you acquitted yourself so well'. This letter, Rangeley's reply, is similarly low-key. He thanks the chairman 'for your kind appreciation of the running in the recent Olympic Games', as if to emphasise that he had merely been one participant in a much bigger show.

Rangeley served his whole (banking) career with the Westminster. He died in 1982. The bank's staff magazine obituary noted that his achievements as a banker were 'probably eclipsed' by his amazing record in the field of international athletics. That's not something you can say about the average bank clerk.