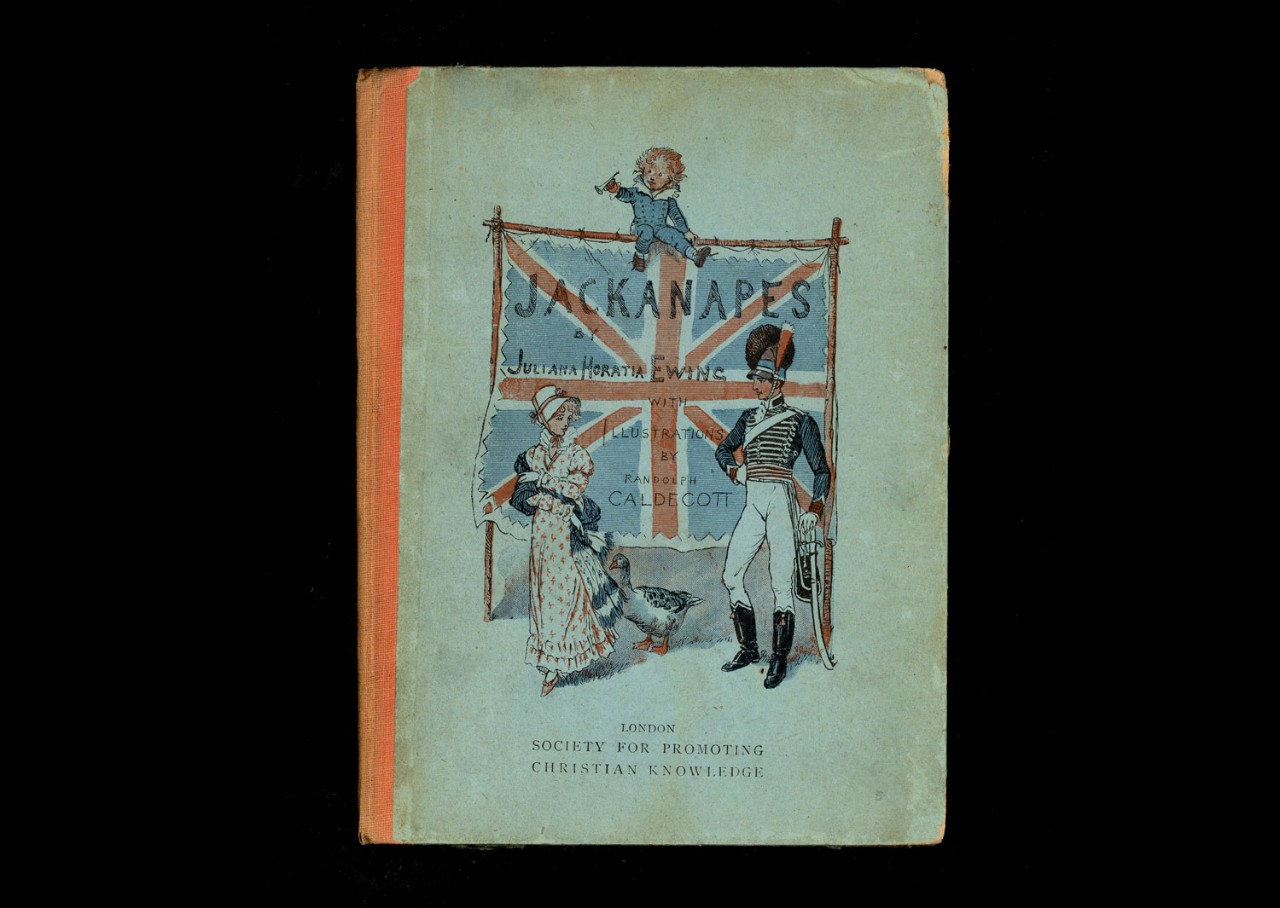 Jackanapes was written by Juliana Horatia Ewing, an immensely popular children's writer of the 1870s and 1880s. Her stories have been called 'the first outstanding child-novels' in English literature, but without doubt an important ingredient in her books' success was their illustrations. Three of her books, including Jackanapes, were illustrated by Randolph Caldecott, formerly a clerk in Manchester & Salford Bank.

Born in 1846, Caldecott's talent for drawing became evident very early on, but his father wanted a stable future for his son, so persuaded him to go into banking. He started out as a bank clerk in Whitchurch, Shropshire, in 1861. Six years later he moved to Manchester to join Manchester & Salford Bank.

Manchester was a vibrant city, affording Caldecott new opportunities to develop his talent. He attended evening classes, published drawings in local papers and magazines and was encouraged by fellow artists to submit work to big London publishers. Success there made Caldecott realise that he could make a living doing what he truly loved; drawing.

In 1872 Caldecott left the bank and moved to London, where he worked initially for such magazines as Punch, The Graphic and the Illustrated London News. As his reputation grew, he moved into book illustration. Picture books for children were a relatively new phenomenon; the children of the 1870s were among the first to enjoy entertaining, well-written books with high-quality pictures made just for them. Caldecott was a pioneer in the field, who influenced later illustrators including Beatrix Potter and EH Shepard (of Winnie the Pooh fame). Even Vincent Van Gogh and Paul Gauguin admired his work.

Sadly, Caldecott did not live to illustrate as many books as his young fans might have wished. He died in 1886 at the age of just 39. Nevertheless, his memory lived on. By 1910 Jackanapes had sold nearly 225,000 copies. Some of his books remain in print today, and are even available as ebooks. Since 1938 the Caldecott Medal, named in his honour, has been awarded annually to the best American picture book of the year.

Although it's true that Caldecott never wanted to be a banker, there can be little doubt that those he left behind in Manchester & Salford Bank must have followed their former colleague's illustrious career with great pride.