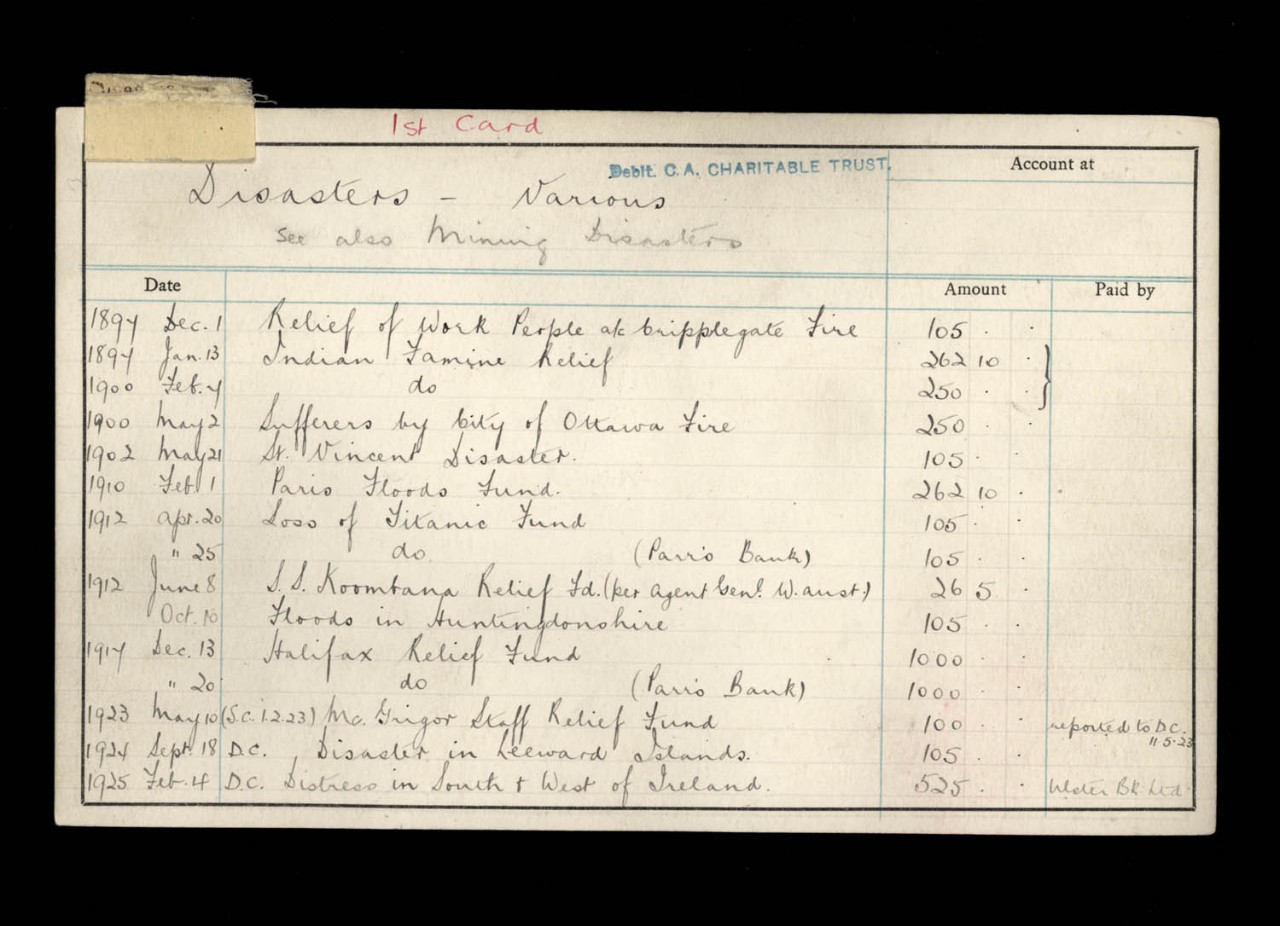 This card is Westminster Bank's internal record of its donations in response to what the card title calls 'Disasters, Various'.

Some of the events listed on the card, such as the 1912 sinking of the Titanic, remain famous today. Others are less remembered, at least in Britain. The Indian famine in the closing years of the 19th century killed 19 million people. The volcanic eruption of La Saufrière on St Vincent in 1902 killed 1,680, and a shipping explosion in Halifax, Nova Scotia, in 1917 killed or injured 11,000.

On the first side of the card, covering 1897 to 1925, the disasters are almost all international; events the bank's officials would have read about in the newspapers. In later years, however, they realised there was no need to look so far afield for communities they could help. In Depression-era Britain, there was plenty of hardship closer to home.

On the second side, covering 1928 to 1932, the disasters become local to towns and villages up and down Britain. Money was given to help after floods in Maidenhead, Matlock and Bentley; a typhoid outbreak in Malton; and a terrible fire at a fair in Gillingham. Earlier donations had been made through head office, but now they were more often made through the branch nearest to the disaster. A system had grown up whereby a local bank manager could approach head office to secure help for his particular community on its darkest day. The bank had come to understand that it was part of all these communities, and that it could play a part in helping all of them, from Ashby-de-la-Zouch to the Leeward Islands and from India to Somerset.

No doubt the bank's donations helped relieve suffering in some terrible times. It is chastening, however, to read the card's final line, squeezed in at the bottom in red ink: 'Continued on 2nd Card'. Local, national and international disasters would continue to befall communities throughout the 20th century and beyond. When they did, people and businesses would continue to hear and respond to the call to help.