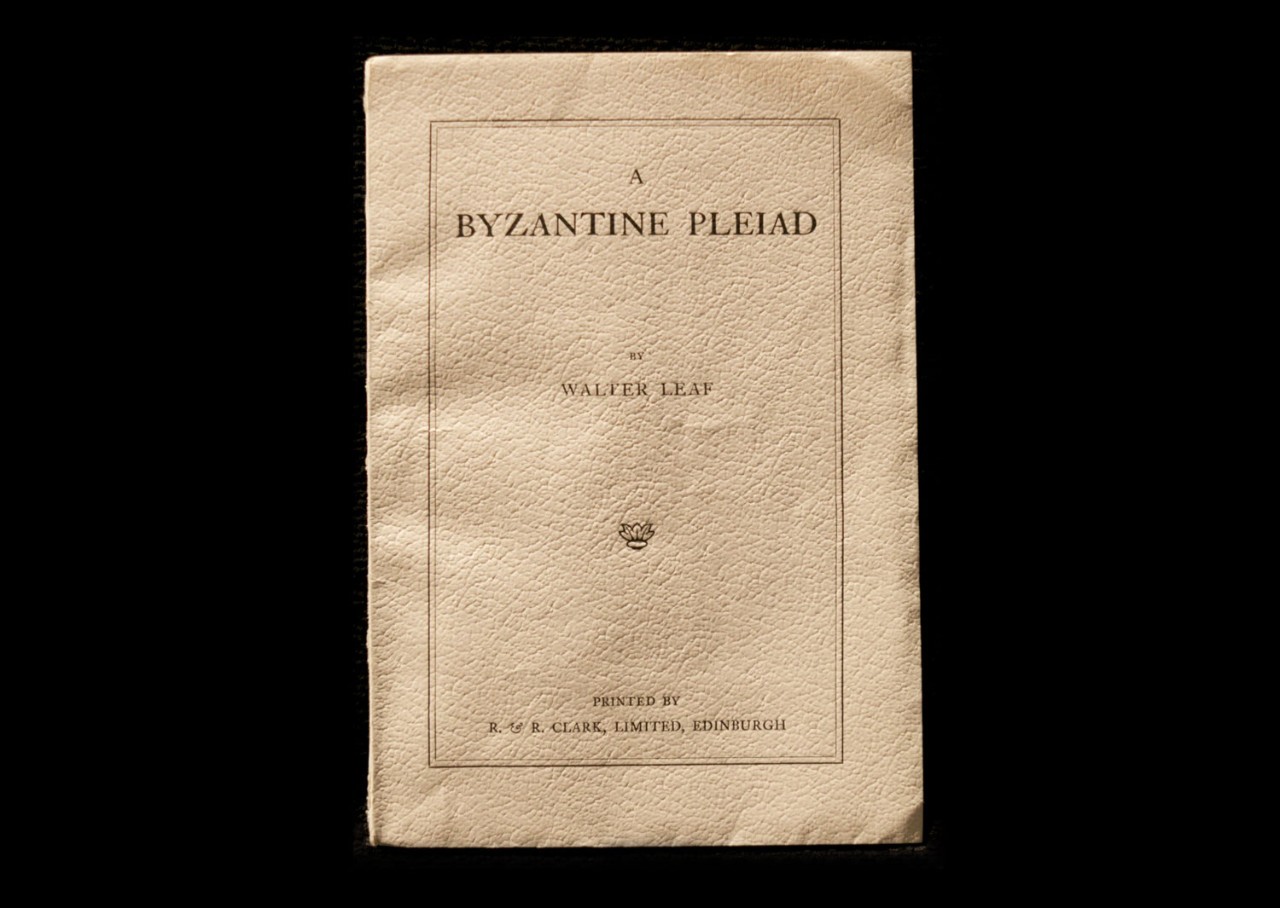 Walter Leaf, who compiled this book, was the foremost Homer scholar of his generation. His translation of Homer's Iliad was the most-read English version for decades after its publication in the 1880s. Leaf also translated works from Russian and Persian and was fluent in several European languages, including French, Italian and German. What is a book of Greek poetry doing in a bank archive? The answer lies in Leaf's other life.

Walter Leaf's day job was with Westminster Bank. He was a director from 1891 and its chairman from 1918, a role he held until his death in 1927. His career at the bank coincided with an intensive period of acquisitions, through which Westminster Bank emerged as one of British bank's so-called 'big five'.

| In the early 1920s the world needed great communicators

Leaf was a famously good communicator. His speeches to Westminster Bank's annual general meetings were well-known for their insightful commentary on current economic events. They were reported extensively in the press and drew interest from audiences well beyond the bank's own shareholders.

In the early 1920s the world needed great communicators. Few nations or industries had fully recovered from the First World War. Exhaustion and the sheer weight of loss had brought the war to a close in 1918, but lingering grievances, resentments and threats remained. The old world order had been thrown into flux, and nobody knew what the new world would look like, or whether the repetition of past mistakes could be avoided. 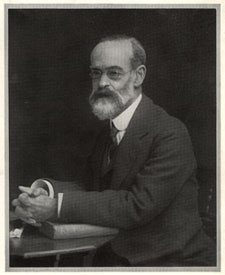 Walter Leaf, with his formidable language skills and wide circle of friends, was well-placed to apply his talents to helping the business world through this difficult time. In 1919 he became a founding member of the International Chamber of Commerce. He worked tirelessly for the organisation, attending conferences at the League of Nations and addressing business audiences all over Europe and America. His knowledge of ancient Greek may not have been immediately relevant to this work, but his ability to address French, Italian and German audiences in their own languages certainly was. He knew that securing world peace would require commitment on all sides, and he knew that it would take time. Nevertheless, he dared to hope that he was helping to create a world where a conflict as terrible as the recent war could never happen again.

Leaf died in 1927, having lived his life in important times, witnessing events as epic as any in the Greek literature he so loved. His loss was mourned by colleagues in the fields of banking, business, international affairs and - more unusually - poetry.