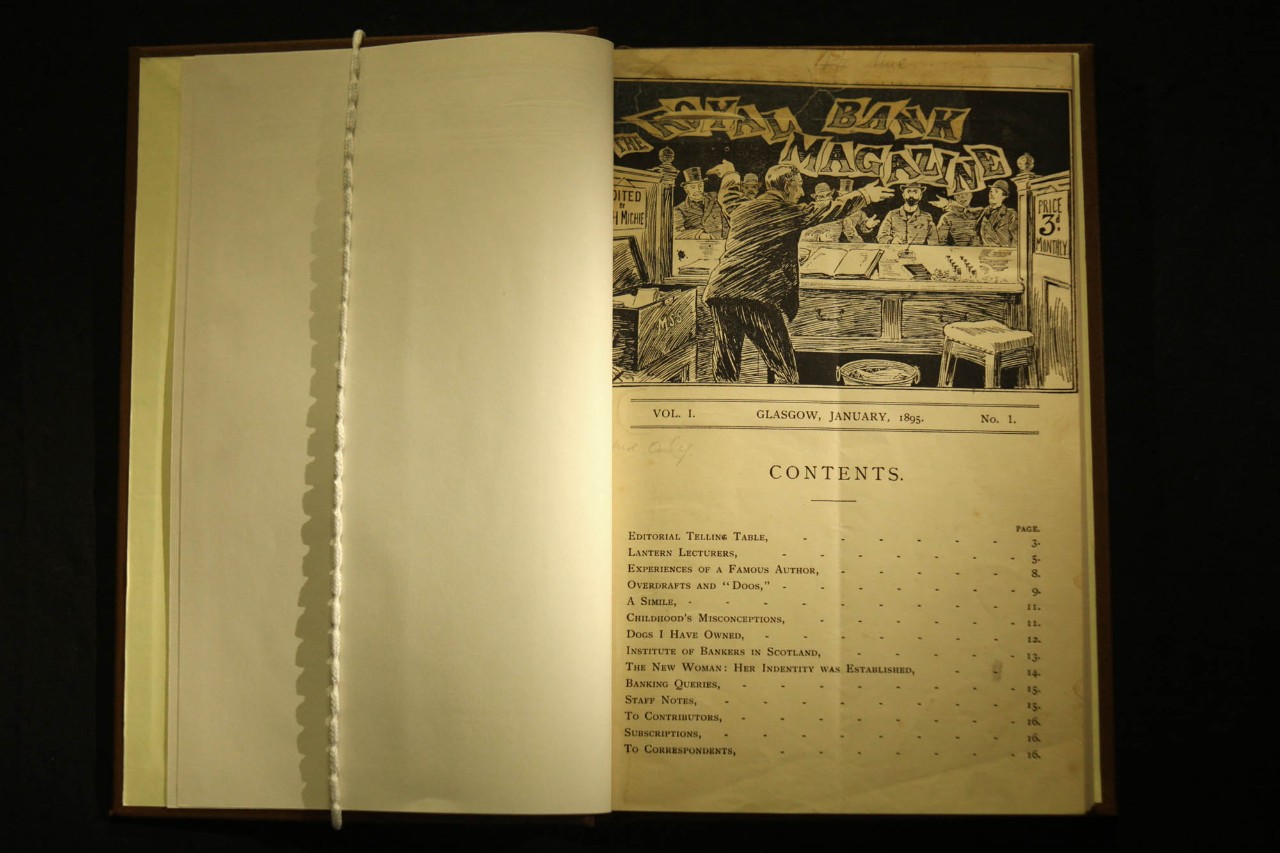 Who could resist a magazine whose first edition featured an article on 'Dogs I have Owned' and launched an essay competition on the theme of Karl Marx's Das Kapital? This, the bank's earliest attempt at a staff magazine, gives glimpses of the lives of late Victorian bank workers, their holiday destinations, artistic and literary ambitions and sense of humour.

The magazine was a labour of love by Robert Michie, a 21-year-old clerk at one of The Royal Bank of Scotland's Glasgow branches. He had joined the bank as an apprentice at Hamilton six years earlier, aged 15. After five years there, he moved to a busy city branch in Glasgow, and within months was preparing to launch a staff magazine.

The first edition of Royal Bank Magazine appeared in January 1895, paid for by subscriptions from colleagues. Michie declared that he would accept criticism of his efforts in good spirit, explaining that 'we thought it best not to make the magazine the best one in Britain at first. We should prefer to develop.' In fact, the magazine attracted praise in the mainstream Scottish press, and soon found a readership in other Scottish banks. There was even talk of renaming it to make it officially a publication for all Scottish bankers.

Despite its popularity, the magazine's September 1895 edition was its last. Michie had valiantly carried the enterprise through nine editions, but in September 1895 he resigned from The Royal Bank of Scotland to take up a post with Bank of Africa in Cape Town. Unable to find anyone to take over from him, Royal Bank Magazine folded.

| Encouraging staff to feel part of a workplace community

It was to be another 55 years before The Royal Bank of Scotland would have another staff magazine. In the intervening years most British banks started magazines of their own. Some, like Michie's, were produced by staff, with limited involvement from their employers. In later years, however, banks came to see magazines as a useful way of encouraging staff to feel part of a workplace community, and started to publish magazines of their own. The Royal Bank's Royal Notes, started in 1950, was one of these.

Staff magazines have remained popular ever since, reflecting in their pages the social changes and interests affecting their readership. The format, too, has developed. At RBS, it has gone from the black-and-white print of Michie's 1895 magazine, through the glossy Countertalk of the '70s and the newspaper-style Newsline of the '80s to today, when Outside>In magazine is primarily an online publication. It has never (yet) featured an article about 'Dogs I have Owned'.