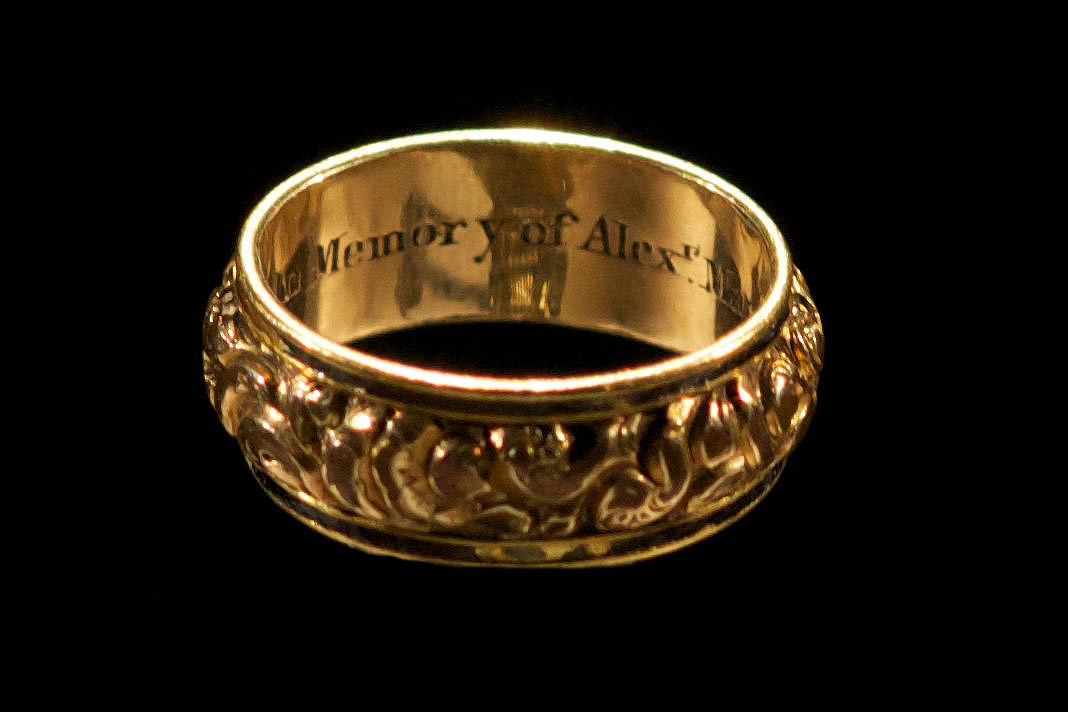 In the 19th century memorial rings were often bought as part of funeral arrangements, to be worn by close relatives of the deceased. This ring, however, was worn in memory not of a family member but of a boss. It belonged to James Douglas, accountant of Commercial Bank of Scotland. He wore it from the death of his former boss Alexander Macartney in 1838 until his own death more than 30 years later.

Commercial Bank of Scotland was formed in 1810 to cater for merchants, farmers and other business customers. The men who started the bank believed they were involved in a noble venture, and for many of them, the bank became a second family. 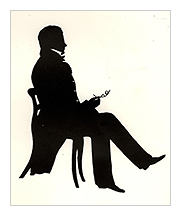 At the head of this family for more than 20 years stood Alexander Macartney, the bank's manager from 1812 until 1835. After he died in 1838, the directors told the annual general meeting: 'To the bank the loss of such a man is no doubt a heavy calamity. But if in its future course and history the practical remembrance shall be reserved of the sound principles and views by which he was governed...his services shall yet remain for many, many years to be of infinite value to the bank.'

Douglas's own mourning for Macartney may have been motivated by personal gratitude. Many banks in the early 19th century filled vacancies with the sons of influential customers and contacts. The Commercial Bank received many applications of this type, and taking them up would have been a useful way of reinforcing influential friendships. Instead, however, it strove to appoint the best candidate for each post. As a result, many of its early employees had a notable lack of powerful relatives. Douglas was one of them. He was the only son of a widow, with nobody to seek preferment on his behalf. Nevertheless, in 1812 - the same year that Macartney joined the bank - he secured a job in Commercial Bank's accountant's office. He quickly worked his way up to become accountant, and held that post for 30 years, eventually retiring in 1853.

| The bank became a second family

Douglas's success equipped him to give his own children more opportunities in life. He was an enthusiastic amateur artist, so must have been proud to see his eldest son William become a famous painter, Sir William Fettes Douglas. His youngest son Charlie, meanwhile, emigrated to New Zealand, where he became a well-known explorer and surveyor, nicknamed 'Mr Explorer Douglas'.