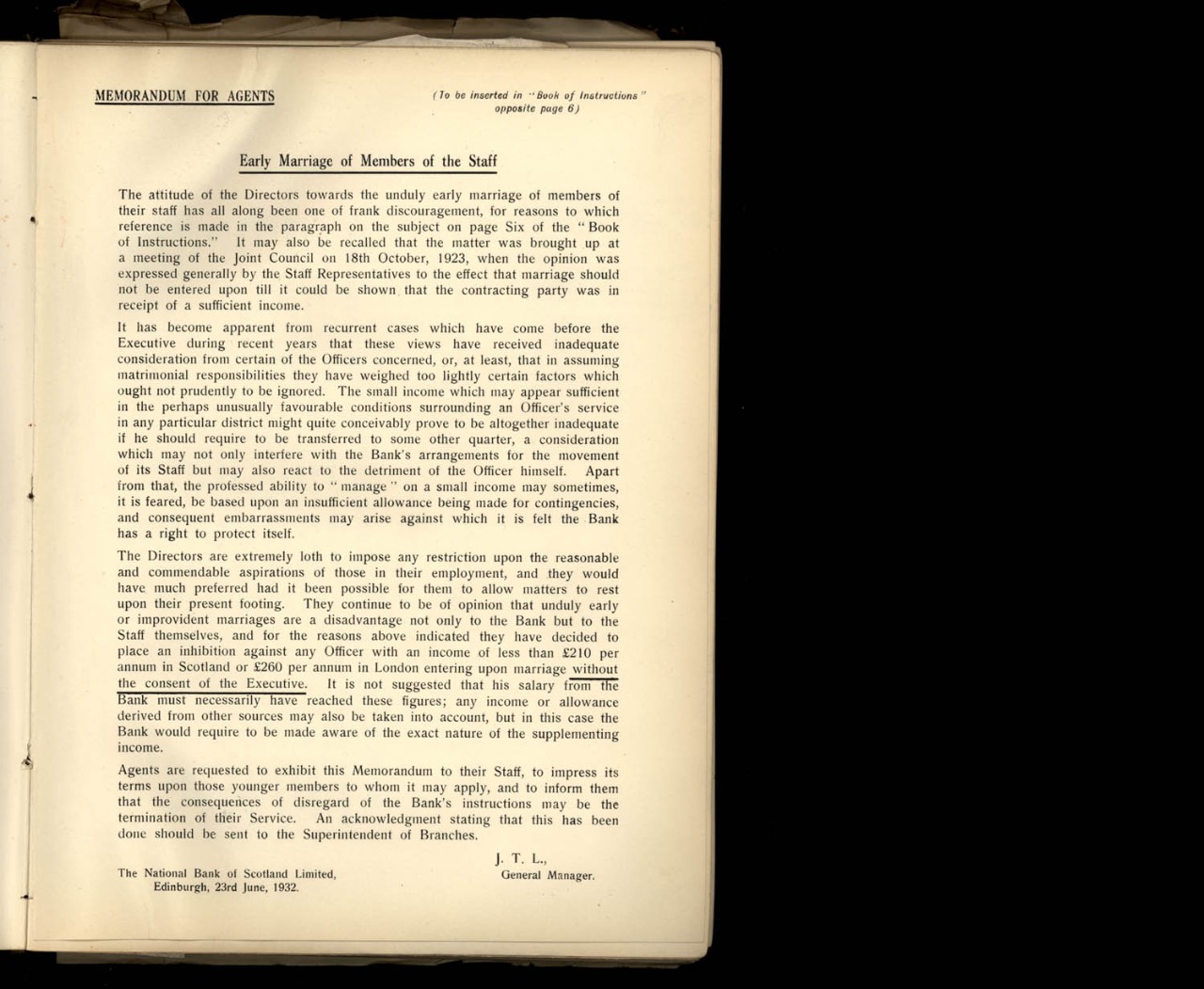 This staff memorandum issued by National Bank of Scotland in 1932 declares that, since informal advice on the subject of marriage has been ignored, a new rule is to be introduced. Henceforth, no employee with an income under £210 a year (or £260 in London) will be allowed to marry without the direct consent of the bank's executive.

Many banks had similar rules. These so-called 'marriage bans' were just one demonstration of the controlling attitude of banks towards their staff. There were two sides to it. On the one hand, it could be seen as genuine concern, protecting impulsive young clerks from ruining their lives and the lives of others by marrying before they could afford to support a family. On the other hand, the banks may also have had a less selfless motive for keeping plenty of their workforce single. They frequently moved staff around between branches, often at short notice. This was much easier to ask of a single man whose only devotion was to his employer. Husbands and fathers were less likely to be prepared to move every time the bank demanded it.

Unsurprisingly, the ban was not popular. The £210 salary requirement meant that a man had to work at the bank for about 12 years before he could marry, by which time he would be at least 27 or 28 years old. No record has survived of how many clerks asked for permission to marry without the £210, or how many met with success, but the requirement must have deterred many young men from even asking.

National Bank of Scotland reluctantly withdrew the regulation 13 years later, in 1945. It did, however, maintain the obligation for staff to notify the bank of any change in their marital status, and hinted at the threat to career progression of an early marriage. It also reserved the right, where it deemed appropriate, 'to counsel some postponement in the man's best interests'.

Female staff, meanwhile, faced no such complications if they wished to marry. They were always (except in wartime) required to resign altogether before marrying. In some banks, this rule lasted well into the 1960s.