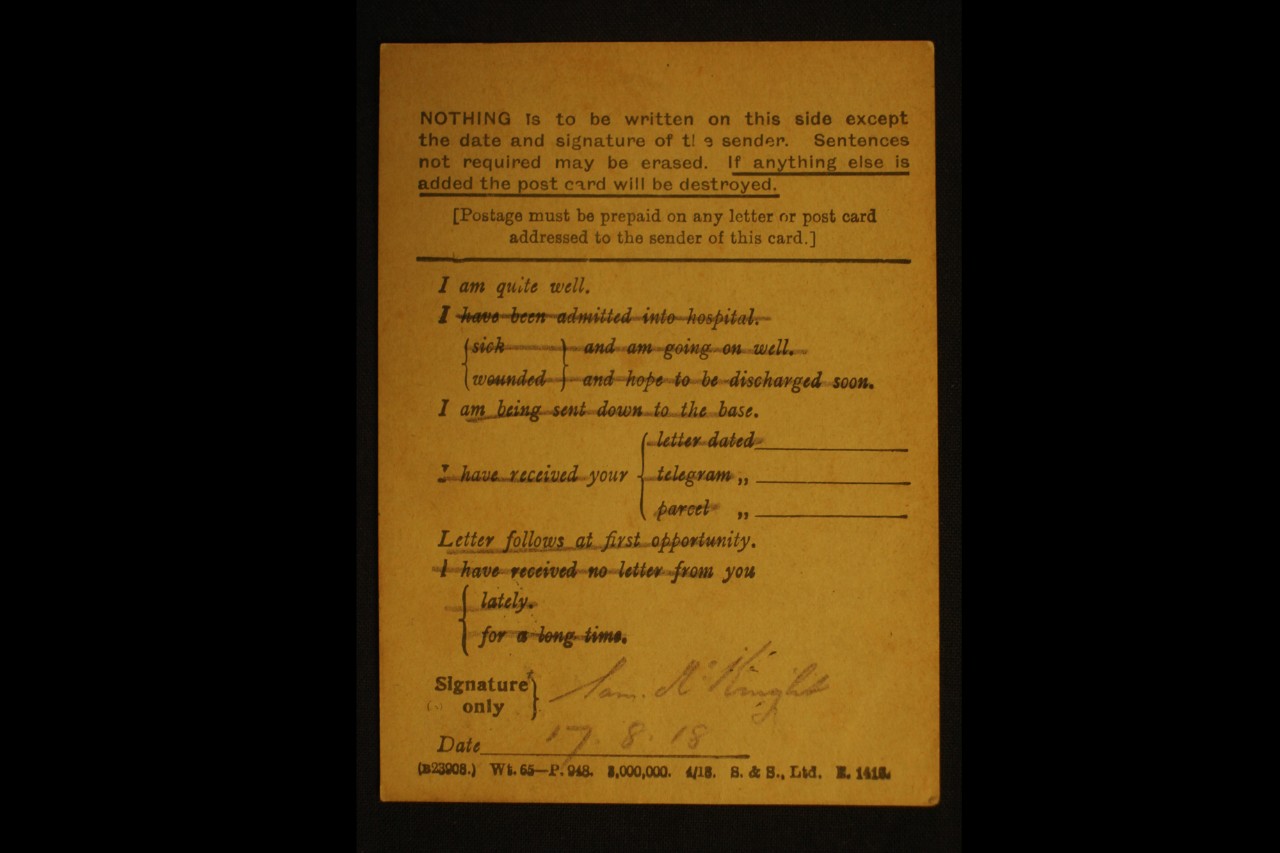 'I am quite well' was the only message Samuel McKnight could give to his colleagues in Edinburgh while he was away on military service during the First World War. In peacetime, Samuel had worked at The Royal Bank of Scotland's head office, and this is one of several postcards he sent to his former colleagues between 1916 and 1918, all with the same message.

McKnight was killed in action in September 1918, not long after he sent this card and just six weeks before the signing of the Armistice that ended the war. Decades later, his postcards were found tucked into an envelope in The Royal Bank of Scotland's head office, with the following covering note:

'These cards have been placed here by J. Smith, Messenger, in the hope that perhaps long after this dreadful war the name of one may again be honoured who was loved by all. 10 July 1919.'

Samuel McKnight was one of nearly 600 men from The Royal Bank of Scotland who joined up during the First World War. Of them, 84 lost their lives and many more suffered lasting injuries. From all the British constituents that make up today's RBS, 1,582 were killed.

After the end of the war most banks erected memorials to the staff they had lost. These memorials displayed the names of the fallen in places of honour, usually in the most prominent or most-visited parts of head office buildings. They were a way of keeping alive the memory of lost friends and colleagues, quite literally close to the heart of the bank.

Large stone memorials were important, but staff also made more personal efforts to honour the memory of lost colleagues. The care that John Smith took of these postcards is one such tribute. By preserving these fragments of paper, he achieved his wish. 100 years on, the name of Samuel McKnight is still remembered, and honoured.

You can learn more about our banks and their staff in the First World War by visiting RBS Remembers 1914-1918.