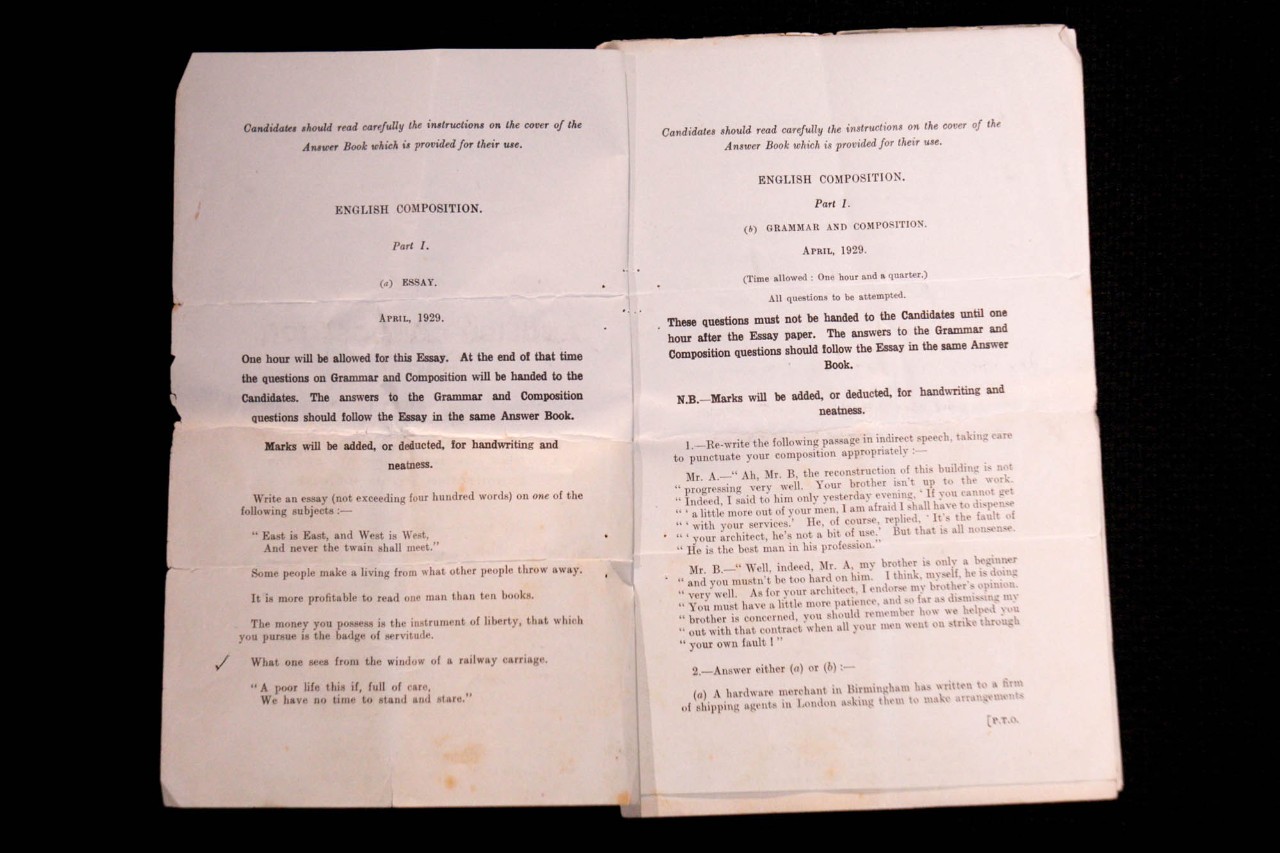 If you had been sitting Part 1 of the Institute of Bankers' exams in 1929, you would have been one of 16,224 candidates. You would have faced questions on English composition; the practice and law of banking; commercial geography; foreign exchange; and economics. Once you had passed all these subjects, you could go on to Part 2, where success would qualify you as an Associate of the Institute of Bankers.

1929 was the 50th year of the Institute exams. The first 46 candidates had sat theirs in 1880, just a year after the Institute of Bankers itself had been established. In Scotland, an equivalent organisation - the first of its type in the world - had been formed even earlier, in 1875, and had been setting exams since 1876.

The exams were an important step forward for banks and bankers. Earlier in the 19th century, banking had been seen more as a trade than a profession, with no representative organisation and no associated qualifications. By the 1860s and 70s, however, banking was becoming more complicated, placing high demands, even upon relatively junior clerks. Bank executives began to see the point of better training for clerks, and of independently assessing their merit. The case for an Institute of Bankers began to gain ground.

The idea of a qualification for bankers was popular across the board. Candidates saw it as a way to prove their worth and secure career progression, while employers hoped to gain a more effective workforce, and to identify high-flyers. The Institute provided a library, a journal and lecture courses, and employers supported the initiative by buying books for candidates and granting pay rises to staff who achieved Associate status.

By 1929, the Institute exams were no less relevant. The introduction of machines had altered the demands upon bank staff. Banks now needed larger numbers of lower-paid machine operators rather than traditional clerks, so competition for skilled jobs was tougher. More than ever, a young clerk needed to prove his capability. He could do this through the Institute exams.

The owner of this set of exam papers - a young clerk in Westminster Bank - sat his Part 1 exams in 1929. He passed, and sat Part 2 the following year. He went on to have a long and successful career with the bank. He kept these exam papers for the rest of his life, along with the slips declaring his success. After his death, they were donated to RBS Archives by his family.