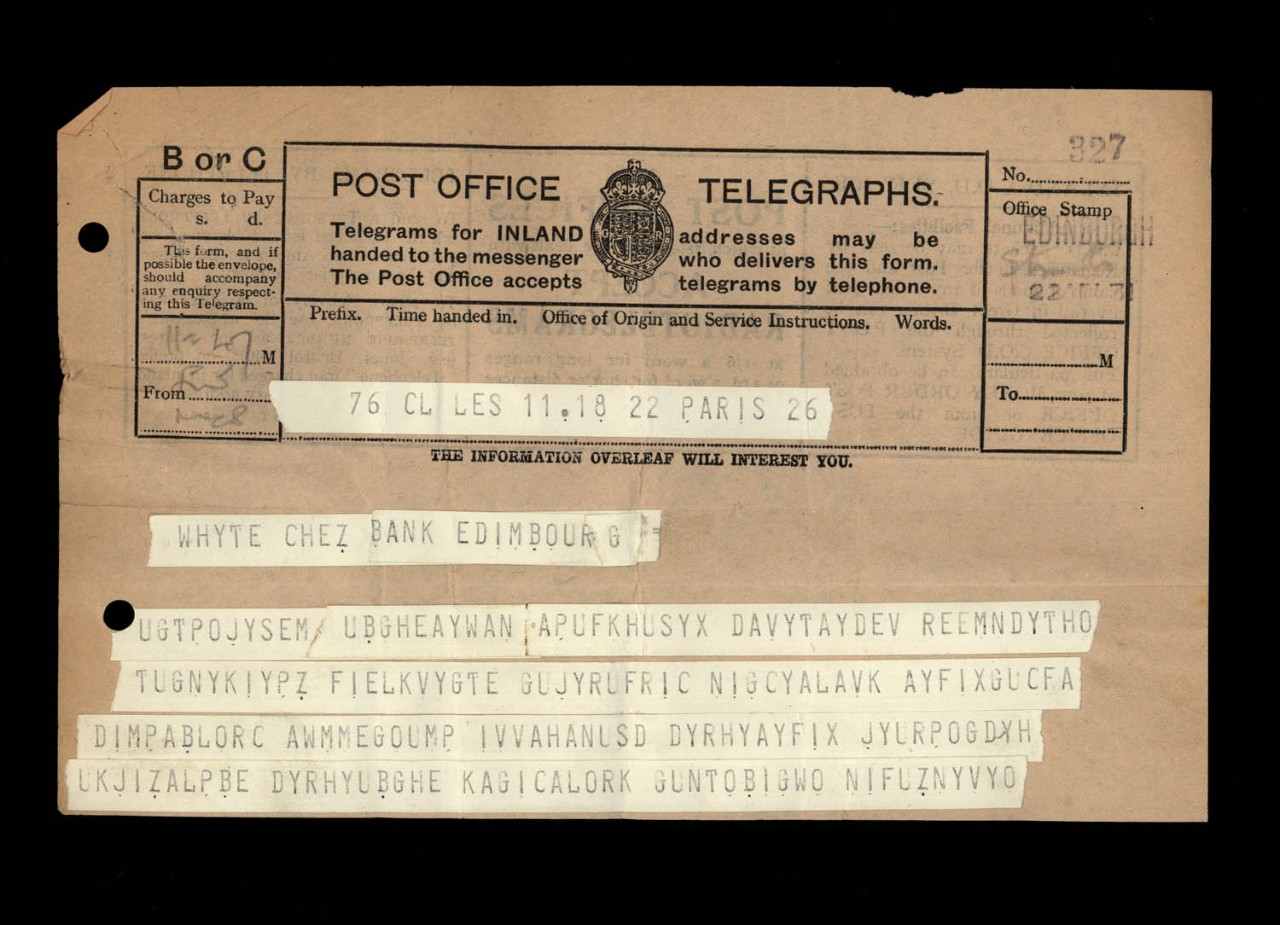 The message is in Bentley's telegraphic code, a money-saving system consisting of five-letter codewords used in pairs. The code was particularly useful for business telegrams, where certain phrases were needed time and again, and could be conveniently replaced with just five or ten letters.

In this message, Davies is arranging a meeting with Whyte, the Bank's chief executive, to discuss his many ideas for the development of the Royal Bank's international business. He mentions that he has recently spent several days confined to bed through illness, but declares, 'ANXIOUS TO GET BUSY OPPORTUNITIES PASSING.' 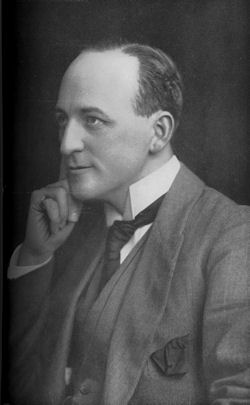 Davies had spent his career in the new field of international banking. He started out with Deutsche Bank in London, later working for a Spanish bank, and then in Westminster Bank's foreign branch, serving as its manager throughout the turmoil of the First World War. From 1919 he worked for an Anglo-Portuguese bank but, as hinted at in this telegram, he suffered poor health, and in the early 1920s was forced to retire on medical grounds. Retirement did not suit him - he was only in his 40s - so in 1926 he approached The Royal Bank of Scotland to suggest it recruit him as a 'foreign delegate', tasked with expanding the bank's international interests. The bank, aware of his excellent reputation, agreed to the idea, and in the next few years Davies travelled around Europe and America on the bank's behalf, using his many contacts and foreign language skills to drum up business, gather information and develop ideas for how the bank might expand.

When he sent this telegram in April 1931, Davies was as excited as ever about the challenges and opportunities before him. In a letter he sent to Whyte soon afterwards, he declared his belief that the world was finally recovering from the aftermath of the First World War, which had ended 13 years earlier. 'A banker', he wrote to Whyte, 'has great responsibilities in the present situation of British trade and, as he is in constant touch with foreign bankers in all countries, he is in a better position than any other to find out ways and means for increasing foreign trade.'

Davies continued to work hard for The Royal Bank of Scotland, but his health problems were not behind him. He died five years later at the age of 55, and was mourned by colleagues and friends in banks all over the world.