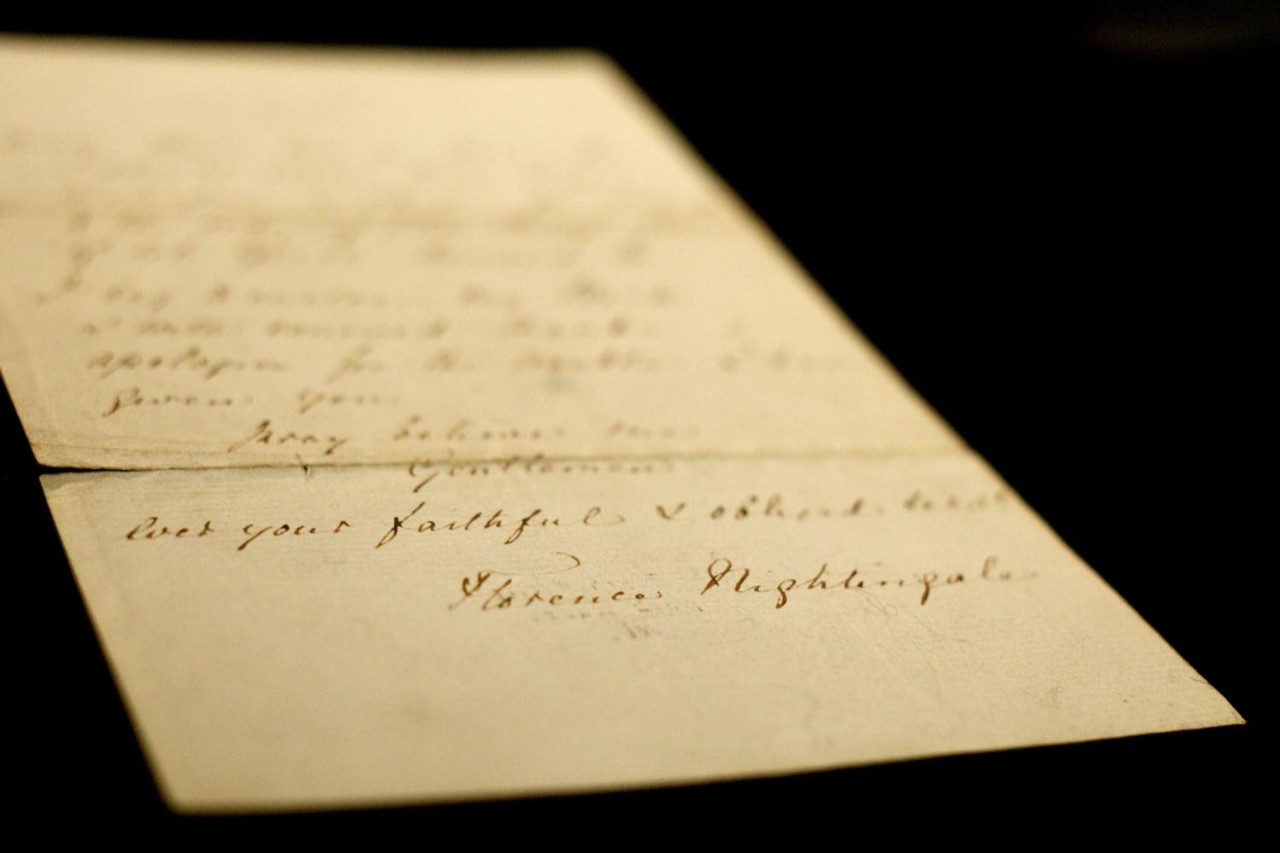 Letter from Florence Nightingale to her bankers, 1872. © RBS

Florence Nightingale is widely remembered as the founder of modern nursing. She entered the public consciousness as 'the Lady with the Lamp', caring for wounded soldiers during the Crimean War in the 1850s. Throughout that period, her bankers were RBS constituent Glyn, Mills & Co.

For Victorian banks, supporting customers overseas was a challenge, particularly when the customer was not just abroad, but living in a war zone. Florence Nightingale was aware of the challenges she had presented to her bankers; in this letter, she thanks them for 'all the kindness you have shown and trouble you have taken - more especially at the time of the Crimean War 1854-6 when I am aware my account with you was a very troublesome customer.'

Florence Nightingale came from a wealthy family, and could easily have spent her whole life in comfort and ease. Instead, she looked beyond her own home, community and country. She became a campaigner to improve conditions for the poor, training as a nurse to increase her usefulness. In 1854 reports of suffering by British troops in the Crimean War moved her to leave her job at a London hospital and lead a nursing mission to the Crimea.

Even before 1854, Nightingale was one of a growing class of people who travelled widely for pleasure. It was not practical or safe for such travellers to carry large sums of money with them in cash, so they relied upon letters of credit from their bankers. While they were away, demands on their bank balances could be large and unpredictable, and relatively unreliable communications made it hard for bank and customer to co-ordinate transactions effectively. For all these reasons, Victorian banks had to work hard to meet the complicated needs of customers travelling abroad.

Florence Nightingale knew at first hand the money challenges that resulted from travelling abroad, and she knew that these things must be even more difficult without a bank account. Since banks generally only catered for the well-off at that time, their services were available to few - if any - ordinary soldiers. Perhaps spurred on by the privileges she herself enjoyed, one of the measures she is famous for promoting in the Crimea was a system enabling soldiers to send money home reliably and affordably, using money orders.