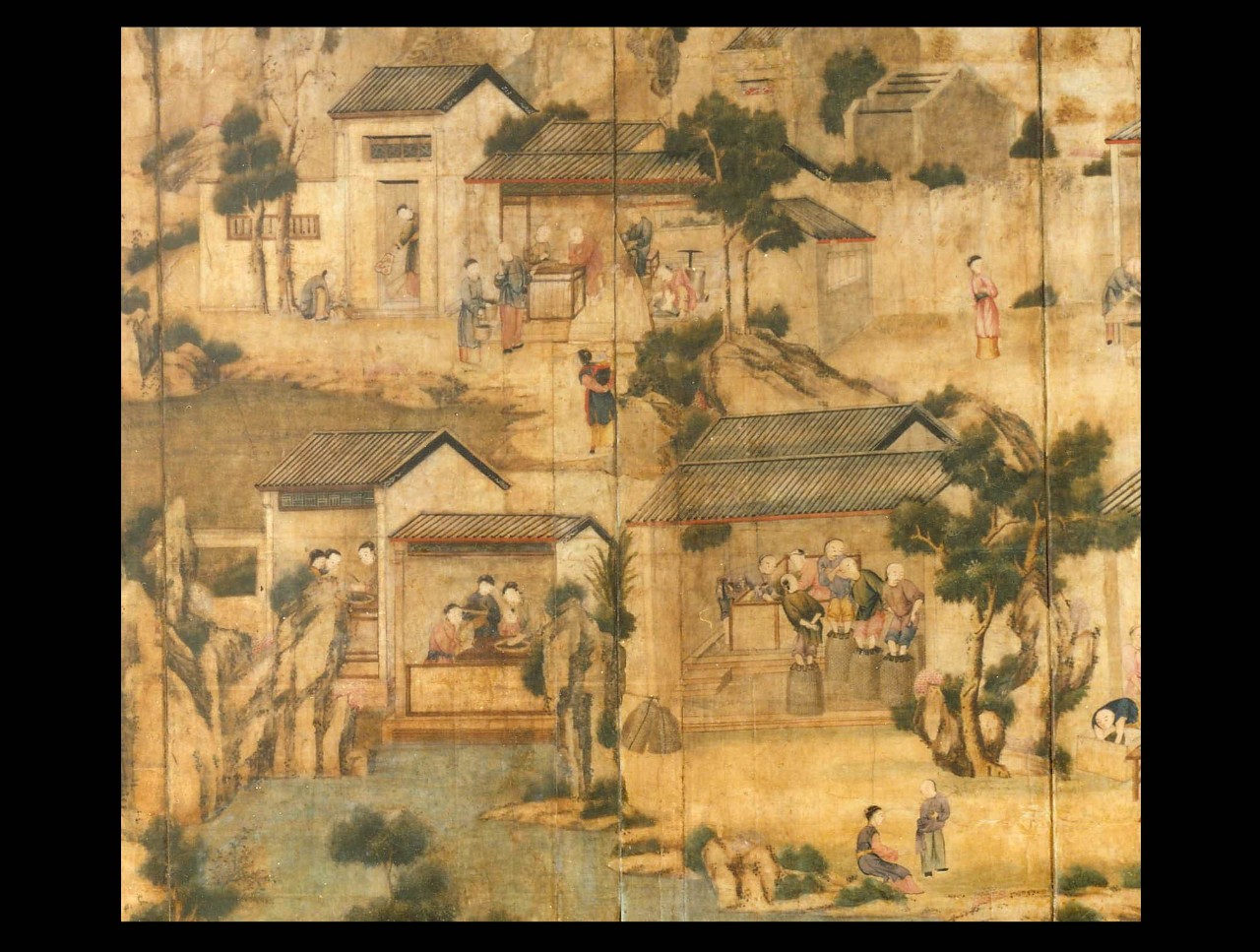 This extraordinary wallpaper, which the Georgian banker Thomas Coutts was lucky enough to have in his home, symbolises the broadening horizons of 18th century bankers. Just a generation earlier, most Britons had known almost nothing about China, but as Britain's industrial revolution gathered pace so too did its trade. Ports like London, Whitby, Newcastle, Hull, Whitehaven, Liverpool and Bristol burgeoned, trading not only with Europe, the Baltic, the Americas and the West Indies, but also with Asia. Huge ships brought exotic luxuries from distant lands and took British-made goods to every corner of the world.

Chinese arts and crafts achieved prominence in Britain in the 18th century, symbolising everything that was exotic, elegant and glamorous. Many European manufacturers strove to bring a Chinese flavour to their own designs for textiles, porcelain and furniture, giving rise to an artistic style known as 'chinoiserie'. However, the real prize - for those who could afford it - was authentic imported Chinese merchandise like this wallpaper.

Thomas Coutts obtained the paper through his customer Earl Macartney, who led England's first ambassadorial visit to China. Macartney brought the wallpaper back with him in 1794 and it soon came into the hands of his banker. Coutts hung it in his drawing room above the bank at 59 Strand, London, where visitors could admire his fashionable taste and - even more significantly - the excellent social connections that led to ownership of such a sought-after treasure.

Today Coutts & Co is part of RBS's private banking arm and the wallpaper Thomas Coutts once enjoyed still hangs on its in board room walls.