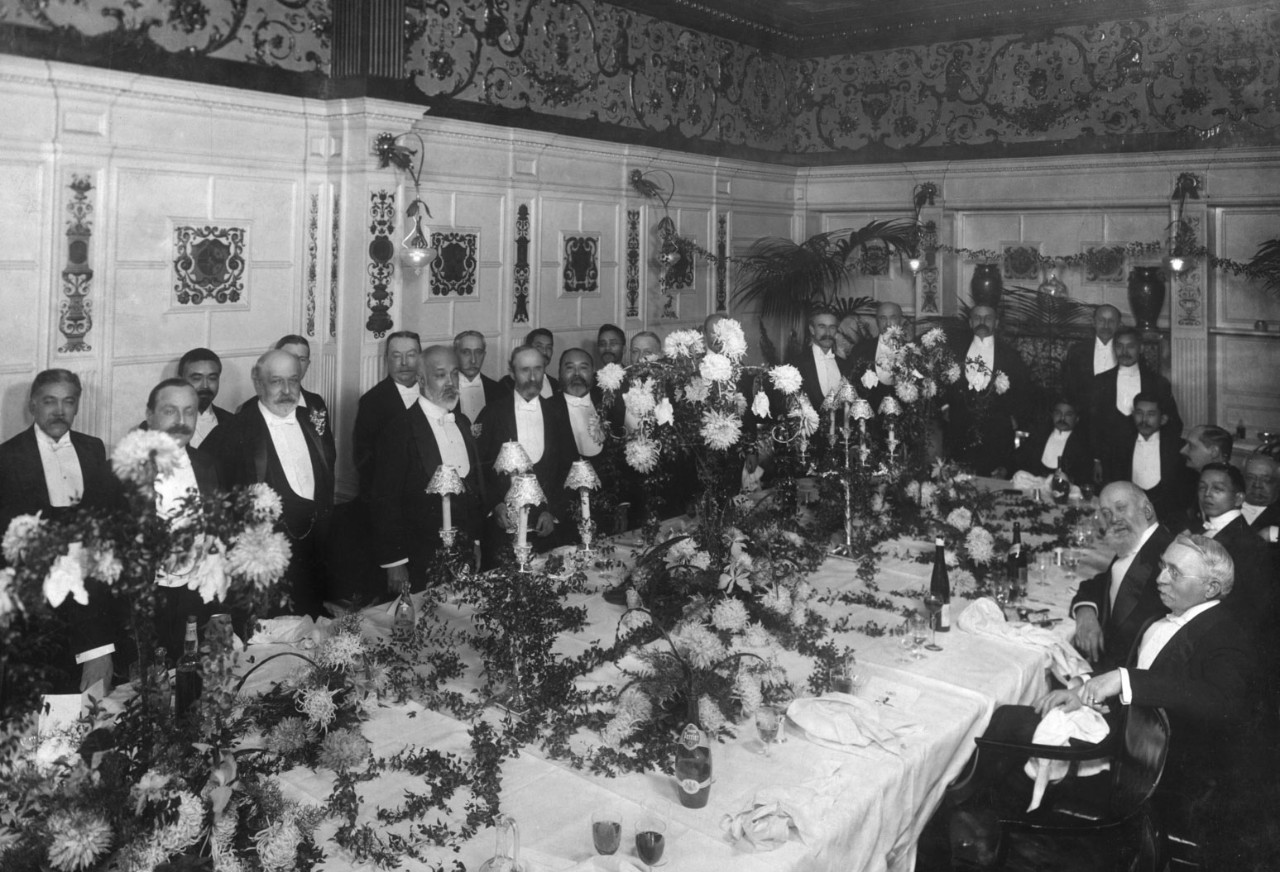 Photograph taken at a dinner in honour of Korekiyo Takahashi, deputy governor of the Bank of Japan, 1905

Ever since the birth of photography, people have captured the precious moments in life through the lens of a camera. This photograph was taken at a dinner in London in December 1905. It shows 26 bankers who had worked together to raise an international loan for the Japanese government. Near the middle of the frame - the short man to the left of the large vase of chrysanthemums - is Korekiyo Takahashi, vice governor of Bank of Japan and guest of honour.

Elsewhere in the picture is Alexander Shand, lynchpin of the whole project and one of the world's first truly international bankers. He is not, as you might expect, at the front of the group, in a prominent position. Instead he stands at the back, just in front of the fireplace, looking like he'd rather blend into the background. He would be very easy to miss.

It would be a shame to miss Shand out of this story, for his was an extraordinary career. Born in the Scottish village of Turriff in 1844, he went into banking, and at the age of 19 joined a bank in Hong Kong. By 20 he was managing a branch in Yokohama, Japan. There, he hired a local boy to run errands for him. This was his first encounter with Korekiyo Takahashi, who was to grow up to become Finance Minister, and later Prime Minister, of Japan.

In 1872 Shand was appointed an advisor to the Japanese Ministry of Finance. He wrote textbooks for them and gave influential lectures on various aspects of banking practice. He is still recognised today as the father of Japanese bank book-keeping.

Shand returned to Britain in 1877 to join our constituent Alliance Bank. He remained there for the rest of his career, specialising in working with Japan. He maintained many Japanese friendships, not least with Takahashi, who by this time had risen to political prominence. These personal relationships were immensely important in cementing business ties. He was the only westerner that the Japanese government always consulted when raising loans on the international market. All in all, his was an extraordinary career; not at all what you might imagine of the unassuming man lurking quietly near the back of this group photograph.