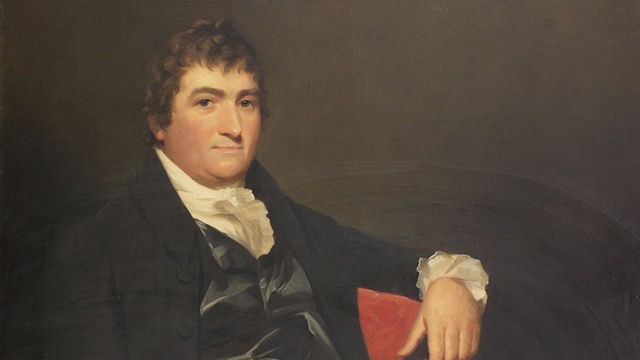 William Simpson was born on 19 July 1742, probably the son of Thomas Simpson and his wife Isobel Innes. Isobel was a daughter of Gilbert Innes in Rora and two of her brothers – George Innes and Alexander Innes – worked for The Royal Bank of Scotland from at least 1745 as (respectively) chief teller and teller.

In about 1774, possibly through his connection to the Innes family, Simpson joined the staff of the Royal Bank of Scotland.

In 1777 George Innes was promoted to first cashier, and Simpson became second cashier to assist him. In fact Innes was already old and in poor health, and Simpson undertook many of the first cashier's duties on his behalf. His annual salary was £100 and he lived in the bank house.

Innes died in 1780 and Simpson succeeded him as first cashier. He remained in that post for nearly 30 years, throughout a period of momentous change and expansion for the bank, including the highly influential opening of its first branch in the rapidly-growing city of Glasgow.

Simpson’s family connections to the staff of the Royal Bank continued. His cousin Gilbert Innes of Stow (son of George Innes) was a director of the Bank from 1787 and its deputy governor from 1794. He served in that role throughout Simpson's years as cashier, and until his own death in 1837.

Two of Simpson's nephews (sons of his sister Elspet) worked for the bank, each serving time as its cashier; George Mitchell was Simpson's immediate successor from 1808 to 1816, and then his younger brother William Mitchell held the post from 1816 until 1827.

Simpson married Anna Ingram on 9 May 1773. They are not thought to have had any children.

From at least 1799 Simpson lived at Parson's Green, in what is now the Meadowbank area of Edinburgh. His garden there became well-known among acquaintances for the fruit it yielded, including grapes and peaches.

In 1795 Simpson was elected a member and cashier of the Society of Antiquaries of Scotland.

William Simpson died on 30 June 1808 at Parson's Green, Edinburgh. The bank's directors recorded their regret at 'the loss of an invaluable officer who has for thirty years executed the office of cashier faithfully to the bank, honourably to himself and in the most satisfactory manner to the directors and the public at large.'