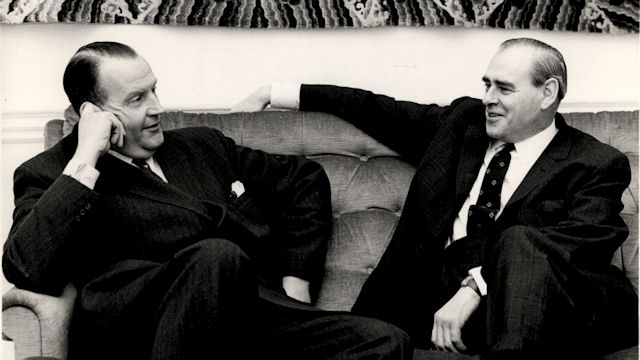 William Bird Davidson was born on 18 May 1912, the second son of a Penrith auctioneer, JN Davidson. He attended Queen Elizabeth Grammar School in Penrith.

Davidson went to work for National Provincial Bank as a junior clerk at Darlington branch in 1929. Looking back on his first day later in life, he recalled 'I would have quit banking and gone straight home, but I could not afford the train fare and fifty miles made it a long walk back to Penrith – even for a Cumbrian.'

In 1935 he was transferred to Bradford District office. He had been there for four years when the Second World War broke out, and his Territorial Army unit was mobilised. He served in the army throughout the war, rising to the rank of captain in the Royal Artillery.

After the war he returned to National Provincial Bank in Bradford. Shortly afterwards, at the end of 1947, he moved to the bank's head office advances department in London. He was appointed accountant there in 1951, and in 1952 he became an inspector of branches. In 1953 he returned to Bradford District Bank office as assistant manager, and was appointed manager in 1957.

Davidson retired from his executive role in October 1972, and was succeeded by Alex Dibbs. From 1972 until 1974 Davidson served as deputy chairman of National Westminster Bank.

In 1941 William Bird Davidson married Christina Ireton. They had two sons together.