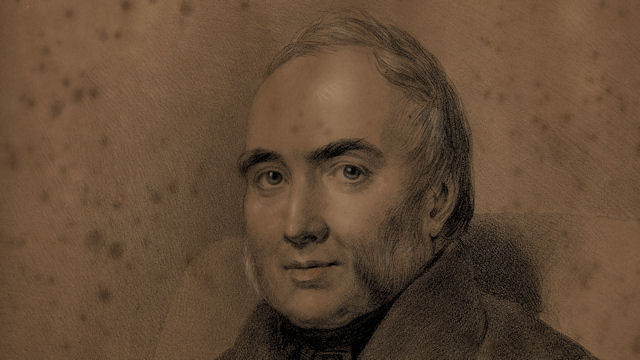 Vincent Stuckey was born on 24 March 1771 at Langport, Somerset, the son of George Stuckey, a merchant, and his wife Edith.

The Stuckey family were friends of Lady Chatham, mother of the Prime Minister William Pitt, and it was through this connection that Stuckey secured a clerkship at the Treasury in London in around 1790. In this role Stuckey had regular contact with Pitt himself and with William Huskisson, Secretary to the Treasury.

In 1770 Vincent Stuckey’s uncle, Samuel Stuckey, had founded a general merchant business in Langport. Samuel owned wharves and warehouses there and traded in a range of goods, most notably salt, timber and corn. He soon began to offer banking services alongside his trading activities, accepting gold and silver deposits in exchange for transferable bills of exchange, thereby enabling his customers to avoid transporting cash.

In 1801 Vincent Stuckey married Samuel’s daughter Julia, and left London to join his new father-in-law’s Langport business. Five years later, the success of the banking aspect of the business prompted Samuel to establish it as a separate enterprise, S & G Stuckey & Co. Sister-banks were later set up in Bridgwater and Bristol, where the Stuckeys also had trading links.

The banking business grew steadily and in 1807 Vincent Stuckey became a partner, partly as a result of his father’s death and his uncle’s failing health. In 1812 Samuel died and Vincent became senior partner of the bank. He continued to open further bank agencies in key towns across the south west.

In 1826 Vincent Stuckey led his bank to become only the second in the country to benefit from new legislation permitting the formation of so-called ‘joint stock’ banks. Banks of this type were owned by a large number of shareholders rather than a handful of wealthy partners, and thus enjoyed more capital resources and greater security. Vincent Stuckey united all the Stuckey family banks to create a single joint stock bank, Stuckey’s Banking Co. The new bank went on to open numerous additional branches.

Vincent Stuckey placed a high value on local knowledge, and insisted that this must be cultivated, even within the larger joint stock bank he had created: ‘at each place of business a director, manager or agent should be resident who is well-known in the neighbourhood and well acquainted with its wants and means – by acting thus you have the strength of a joint stock bank with the knowledge of a private banker.’

Stuckey was undoubtedly one of the leading country bankers of his day. He gave evidence to parliamentary inquiries on banking and currency questions and remained influential in government circles. In 1834 he published Thoughts on the Improvement of the System of Country Banking: in a Letter to Lord Viscount Althorp. He was Sir Robert Peel’s adviser during the debates on currency reform which led to the Bank Charter Act of 1844.

Vincent Stuckey was well known in Langport for his philanthropy. He served as mayor of Langport, a local magistrate, churchwarden and grammar school trustee, and as Deputy Lieutenant and High Sheriff of Somerset.

Vincent Stuckey died at Langport on 8 May 1845, by which date his bank had a note circulation of £375,000, second only to the Bank of England’s in all of England and Wales. Stuckey’s widow Julia maintained a close interest in the bank’s affairs. The couple’s fortune passed to Vincent Stuckey Wood, the second son of their elder daughter Julia. He later served as chairman of Stuckey's Banking Company, 1876-1900.