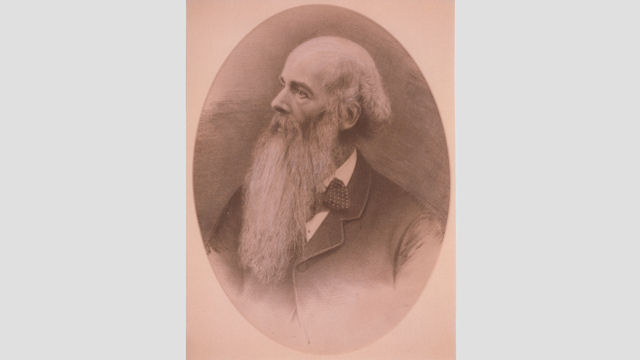 Thomas Read Wilkinson was born in Manchester on 14 March 1826, the son of Thomas Wilkinson, founder of the Gutenberg Printing Works in Pendleton, and his wife Elizabeth Gibbons. He attended Owens College, Manchester, where he first developed his love of literature. After leaving school he began his working life in his father’s printing works.

On 20 August 1841 Thomas Read Wilkinson went to work for Manchester & Salford Bank, which had been founded five years earlier. In 1843 he was appointed a clerk in the company. By 1853 he was chief cashier, and later served as accountant. In 1861 he became sub-manager. At that time the bank operated through a single office in Mosley Street in Manchester, but in the following year the bank moved into imposing purpose-built premises, and also opened its first branch office, in Salford.

In 1874 Wilkinson became the bank’s general manager, and in 1877 he succeeded William Langton as managing director. He developed and accelerated Langton’s policy of opening new branches, and under his leadership the bank expanded both by opening new offices and by acquiring the business of other banks. When approaches were received from the bankers Hardcastle, Cross & Co of Bolton in 1877 and Clement Royds & Co of Rochdale in 1881, it was Wilkinson who negotiated the terms of their acquisition by Manchester & Salford Bank. Wilkinson’s strategy did not meet with universal approval, and in 1878 Oliver Heywood, one of Manchester & Salford Bank’s directors, ceased to attend the board (and was not re-elected) due to his lack of confidence in Wilkinson over the purchase of the Bolton bank.

The pace of the bank’s expansion increased in the late 1880s, and in 1890 Wilkinson negotiated the acquisition of the bank’s London agent, the private bank Williams, Deacon & Co, which brought with it valuable membership of the London Clearing House. Following the acquisition, Wilkinson – now 64 years old – stepped down from the post of general manager but was elected to the board. He remained a director until his death in 1903.

Other offices and directorships

From March 1891 Wilkinson was a director of the Lands Trust Company Ltd.

He served as Turkish Vice-Consul in Manchester from around 1882 to around 1896.

Thomas Read Wilkinson enjoyed travelling, and serialisations of his travel diaries appeared in Manchester newspapers including the Manchester City News and the Manchester Examiner and Times, and in the Massachusetts paper the Springfield Republican. Journeys described included his three week trip to Norway in 1860; his attendance at the Passion play at Oberammergau in 1871; and his visit to America in 1880.

In 1881, in response to public demand, Wilkinson’s brother James F Wilkinson (who had taken over their father’s printing business) published an anthology of Wilkinson’s travel diaries, under the title Holiday Rambles.

In 1898 Wilkinson published a short pamphlet on William Shakespeare.

Wilkinson was a political radical, supporting the Anti-Corn Law League in his late teenage years. On the outbreak of the American Civil War he was an instigator of the Union and Emancipation Society of Manchester, which espoused and sought to support the cause of the northern states.

It was said at his funeral that ‘there was scarcely an institution [in Manchester], whether literary, artistic, scientific or philanthropic with which he was not intimately connected’. One obituary observed that ‘it would be a long list if all the organisations with which he was connected were to be mentioned’.

Wilkinson was particularly interested in improving access to education, and worked with the pioneering Manchester Education Aid Society to promote the cause of national elementary education. He also served on the governing bodies of many schools and educational bodies, including the Salford Schools Board, Manchester Free School, the Peter Street Schools, the Lancastrian Schools and the Manchester Warehousemen and Clerks’ Orphan Schools.

No doubt encouraged by his colleague William Langton, by 1868 Wilkinson had also become involved with the Manchester Statistical Society, of which Langton had been a founder in 1833 and was in 1868 serving a second term as president. Wilkinson had already published essays on social issues, including ‘Upon the treatment of destitute criminals.’ His first paper to the Statistical Society was entitled ‘Report upon the educational and other conditions of a district at Gaythorn and Knott Mill, Manchester, visited in January 1868, with observations suggested by the visitation’. As was common with the Society’s activities, this report was based on a house-to-house survey, paid for by Langton. Wilkinson’s report concentrated on literacy, comparing literacy trends in Manchester with those in Europe and America, and came to the conclusion that in Manchester it was necessary to establish publicly-funded day schools. He also noted the large number of female teachers in America, and asked ‘Can we not cast aside our insular prejudices and for once take a lesson from our neighbours?’ Wilkinson himself served as president of the Manchester Statistical Society in 1875-7.

A bust of Wilkinson by the Manchester-based sculptor John Cassidy was exhibited in the Royal Jubilee Exhibition at Old Trafford in 1887 and in the 18th annual exhibition at Manchester City Art Gallery in 1900.

Thomas Read Wilkinson’s first wife was Emma Wolfenden. They had five children together:

He was married for a second time in 1885, to Bertha Westendarp, widow of Gustav Westendarp of Osnabruck, Germany and probably a relative of his daughter Mary’s husband.

The minister of his church described him as a man ‘whose kind, genial sympathy was ever ready to be called forth…his life was absolutely unselfish, for wherever there was anyone he could assist, any cause he could help on, it was his greatest pleasure and privilege to come forward with liberal support…modestly and unostentatiously’.

Thomas Read Wilkinson died on 11 June 1903 at the age of 77. He was buried in the graveyard next to the Unitarian chapel in Knutsford.