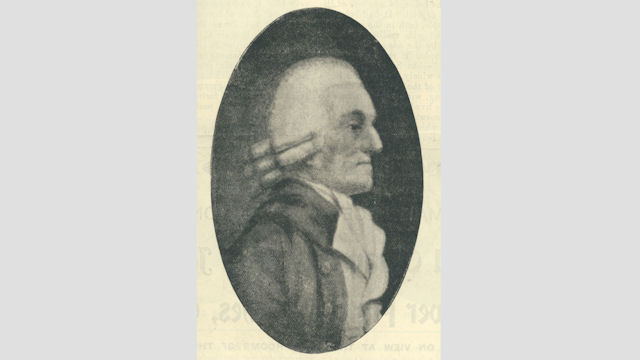 Thomas Dimsdale was born on 29 May 1712 in Theydon Garnon, Essex. He was the son of John Dimsdale, a surgeon, and his wife Susan. The family were members of the Society of Religious Friends.

Dimsdale received early medical training from his father, before training further at St Thomas's Hospital, London. He began to practice medicine in Hertford in 1734.

In 1745 Dimsdale served as a doctor with the Duke of Cumberland's army on its march north to suppress the Jacobite rising. He was present at the siege of Carlisle, but after the town's surrender he left the army and returned home.

At around that time Dimsdale inherited a fortune from his cousin (upon the death of the cousin's widow) which enabled him to stop practicing medicine, but he later returned to his medical career. In 1761 he took the degree of MD at King's College, Aberdeen. Before long, he became interested in the emerging practice of inoculation against smallpox. His first treatise on the subject, The Present Method of Inoculating for the Small-Pox (1767), circulated widely and was translated into numerous languages.

As a result of his fame in the field, Dimsdale was invited to inoculate Empress Catherine of Russia and her son, Grand Duke Paul. She had asked to be inoculated as an example to her subjects, many of whom viewed the practice with suspicion. Dimsdale and his son Nathaniel, who served as his assistant, attended Catherine in St Petersburg in October 1768. Such was the anxiety surrounding the event that the Empress arranged for relays of post-horses to be ready to carry the two men rapidly to safety, should something go wrong and the public rise up in anger against them.

No such measures proved necessary. Both patients responded well to the inoculation, and the Empress held a great thanksgiving service at court. She declared Thomas Dimsdale a Baron of the Empire, a Councillor of State, and Physician to Her Majesty. Nathaniel Dimsdale was also made a Baron of the Empire. Both received money and lavish gifts, including gold snuff boxes set with diamonds. Although he declined Catherine’s request to stay in Russia permanently, Thomas Dimsdale inoculated dozens of Russian gentry in St Petersburg and Moscow before returning to England. He travelled to Russia again in 1784 to inoculate the Grand Duke Alexander and his brother Constantine.

By about 1761 Thomas Dimsdale had entered into the private banking partnership of Dimsdale, Archer & Byde in Cornhill, London. In 1774 he was one of two partners who broke away and reformed the partnership as Staples, Baron Dimsdale, Son & Co.

Dimsdale himself retired from the bank around 1776, but his sons succeeded him, and the bank remained a Dimsdale family enterprise for generations until eventually, in 1891, it merged with Prescott, Cave, Buxton, Loder & Co to form what became Prescott's Bank.

Thomas Dimsdale was elected to Parliament as the member for Hertford in 1780. In his 10 years as an MP he is only known to have made one speech, in June 1783. One witness remarked that he 'spoke for some time, but in so low a tone, that we could not distinctly hear him.'

In 1739 Thomas Dimsdale married Mary Brassey, daughter of the Hertford MP and banker Nathaniel Brassey. They had no children. She died in 1744.

In 1746 he married Anne Iles, a relative of his first wife. They had nine children together. Anne died in 1779.

Soon afterwards, he married Elizabeth Dimsdale of Bishop’s Stortford. They had no children.

Thomas Dimsdale died on 30 December 1800. He was buried in the Quakers' burial ground at Bishop's Stortford.