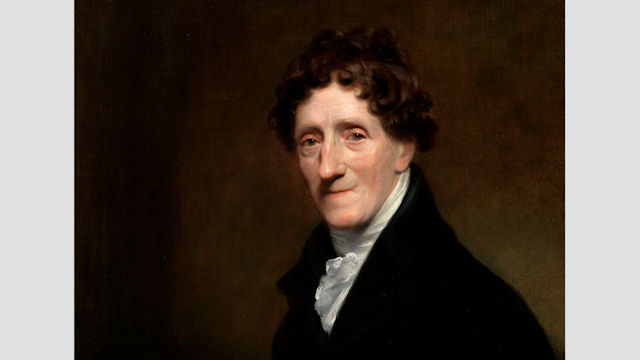 Thomas Coutts was the youngest of four sons born to John Coutts (1699-1750), an Edinburgh merchant and banker who served as Lord Provost of Edinburgh, 1742-4, and was a director of the Royal Bank of Scotland from 1743 until his death in 1750. John Coutts educated his sons to recognise the importance of building political and business allegiances, and Thomas grew up with a clear understanding of how such relationships could help – or hinder – a growing business.

John Coutts died in 1750, and for the next ten years Thomas Coutts worked for the family firm in its office in the City of London.

In 1755 Thomas's elder brother James married into a Strand-based goldsmith-bank, founded by John Campbell in 1692. By 1760, James Campbell's business partner and his wife had both died, leaving him in need of business support. In 1761 Thomas joined his brother as partner in the firm, now named 'James & Thomas Coutts'.

James's focus gradually strayed from the bank; he stood for election as a Member of Parliament in the 1760s, and later also suffered a mental breakdown. In 1775 Thomas took sole charge of the bank, renaming it 'Thomas Coutts & Company'.

Thomas took on partners of high calibre, and by 1822 had shaped the once-struggling business into a successful bank with a reputation for reliability. Thomas's discreet nature, thoughtful approach and flexibility in handling his customers' needs were strong factors in this success. He counted among his friends and customers many of the leading politicians, actors, diplomats and socialites of the day. The King himself was a customer. Throughout his life Thomas retained a 50 per cent share in the business, and planned to keep this 'supremacy' for his family after his death.

Thomas was married twice; firstly, in 1763, to Susannah Starkie, a nursemaid in the household of his brother James. The marriage was a happy one, and lasted until Susannah's death in 1815. The couple had three daughters. Soon after Susannah's death, Thomas married Harriot Mellon, a West End actress approximately half his age.

Thomas Coutts's health declined sharply in the last two years of his life. He died on 24 February 1822, at the age of 86.

His will bequeathed to his widow Harriot most of his property, his 50 per cent share in the bank and responsibility for deciding who should inherit it. Harriot took up the role of senior partner at the bank with energy and commitment, promoting her late husband's confidential clerk, Andrew Dickie, to partner, and drawing on him for guidance as required. She also handled the complex inheritance question with tact and foresight.

Meanwhile, Thomas's modest spirit and measured business approach lived on at the bank long after his death. Until as late as the 1920s, clerks at Coutts continued to use his perfectly-worded template letters when corresponding with clients.