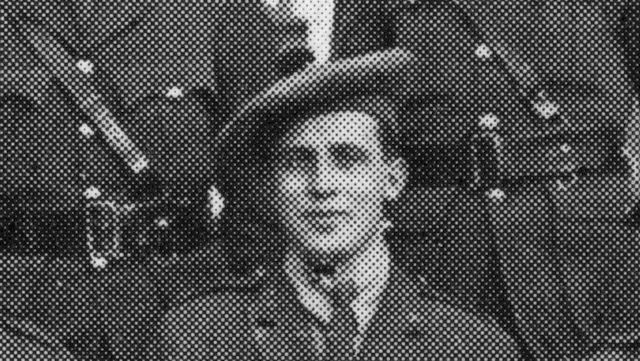 Samuel McKnight (1894-1918) was an employee of the Royal Bank of Scotland. He was killed in action in the First World War, while serving as a captain in the Royal Scots.

Samuel McKnight was born in Kilmarnock in 1894, the only son of James McKnight, an engine fitter, and his wife Agnes. He attended Hamilton School until 1906, and then Kilmarnock Academy.

In November 1909, when he was about 15 years old, Samuel McKnight went to work as an apprentice in the Royal Bank of Scotland’s Kilmarnock branch. In October 1914 he transferred to head office in Edinburgh, where he worked in the inspector’s department.

In March 1915 Samuel McKnight enlisted, initially in the Cameron Highlanders. Three months later he transferred to the Royal Scots.

He was killed in action on 29 September 1918. He had married five weeks earlier.

He is commemorated at Menin Road South Military Cemetery, Belgium, and on war memorials at Kilmarnock Academy (his school); Kilmarnock (town memorial); the Royal Bank of Scotland, 36 St Andrew Square, Edinburgh (his employer); and St Mark’s Church, Harrogate. The library at Grange Academy, as Hamilton School is now called, is named in his honour.