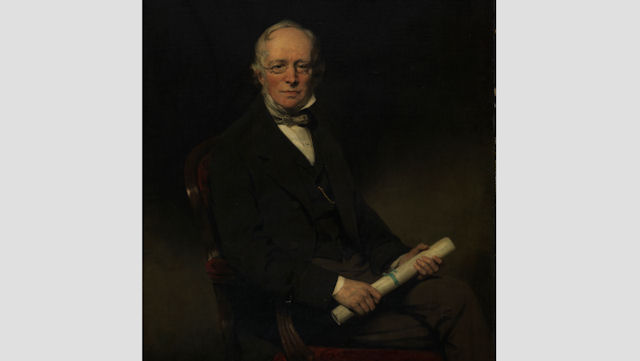 Samuel Bailey (1791-1870) was a philosopher, writer and founder of Sheffield Banking Company. He served as that bank's chairman from its foundation until his death in 1870.

Samuel Bailey was born in Sheffield on 5 July 1791, the son of Joseph Bailey, a merchant, and his wife Mary Eaden. His father had begun as a scissorsmith, but his business eventually grew into an extensive cutlery company with American connections.

He attended the free school at Sheffield, where his maternal grandfather was the master, and later the Moravian school in Fulneck. He spent some years working in the family firm, but his true interests lay in economics, philosophy and public affairs.

Philosophical works and other publications

From 1821 onwards, Bailey published numerous books, pamphlets and reviews exploring various aspects of philosophy and economics. He also published discussions of parliamentary reform; the merits of joint stock banking; and the works of William Shakespeare. In 1845 he published a long narrative poem, Maro.

Bailey served as the bank's first chairman. He was known for his austere manner, integrity, punctuality, attention to detail in the bank's interests and judicious style of reporting the bank's progress. He strove always to maintain proper management, bringing returns to proprietors while also benefiting customers, who would find, he intended, 'their business transacted on liberal terms and consistent principles.'

He held the post of chairman until his death in 1870.

In 1828 Bailey was elected a town trustee of Sheffield.

In the 1831 and 1834 general elections he stood for election in Sheffield as a philosophical radical, campaigning for triennial parliaments, the secret ballot, and the abolition of tithes and taxes on knowledge. On both occasions, he finished at the bottom of the poll.

After these two failures he appears to have lost interest in active politics.

Bailey never married, and pursued a quiet lifestyle. He lived for many years at Burngreave, on the rural fringes of Sheffield. As the area became more urbanised, he moved further out to Norbury, where he stayed until his death.

Samuel Bailey died suddenly at home on 18 January 1870. He left most of his fortune to the town of Sheffield, to be used for the public good.