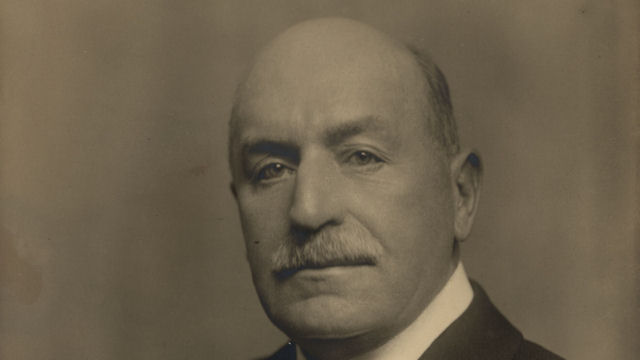 John Rae was born in Aberdeen on 28 April 1870. In around 1885 he went to work for National Bank of Scotland, spending time working in its branches in Aberdeen, Nairn and Dundee. In 1891 he was placed first in the Institute of Bankers in Scotland's professional examinations.

In 1891 John Rae left Scotland to work at the head office of Parr’s Bank in Warrington. The following year, Parr’s amalgamated with Alliance Bank. The merged bank’s head office activities moved to London, and Rae went with them.

Rae’s years in Parr’s Bank coincided with a period of rapid change in English banking. Many amalgamations were occurring; in the 25 or so years after Rae joined Parr’s in 1891, the bank was involved in a total of 13 mergers. It was also becoming increasingly clear that banking in the twentieth century was destined to become an international business, and Rae was a recognised leader in the field of early international finance. In particular, he and his colleague Alexander Shand built a strong relationship between their bank and Japan, helping to raise successive Japanese government loans on international markets.

In 1916 the board of Bank of Scotland invited Rae to become their bank’s treasurer. Rae accepted the offer, causing something of a stir in banking circles. As the Bankers’ Magazine pointed out at the time, ‘we have become so accustomed to importing the Scotch banker to London that it is quite an unusual experience to find the process reversed.’

Rae remained at Bank of Scotland for four years, introducing close scrutiny to various investments and loans that strengthened the bank at a particularly fragile time for the entire banking sector.

When he left the post of treasurer in 1920, he agreed to become a director of Bank of Scotland, and remained so for the rest of his life.

In 1920 John Rae returned to London, and to Parr’s Bank. By this time, however, Parr’s had undergone a further merger, and had become part of London County Westminster & Parr’s Bank, later known more simply as Westminster Bank. Rae was initially joint general manager, but soon, upon the retirement of Sir Frederick Barthorpe, became the sole chief general manager. He held that post until 1930.

The rapid pace of change in the English banking sector continued in the 1920s, but Rae was seen as a calming influence. One contemporary commentator observed, ‘Rae was no indiscriminate believer in the quality called Bigness, and credit is due to him for some of the restraint the bank showed in not unduly rushing into unmanageable territories to swell its deposits.’

Rae also maintained the bank’s strong relationship with the Japanese government, begun in his days with Parr’s Bank. In 1927 the Emperor of Japan awarded him the Second Class order of the Rising Sun.

John Rae was married to Sarah. They had one daughter. Friends noted that he had relatively few interests outside his work, but that he had a great love of music.

In 1930, suffering from failing health, he retired as chief general manager of Westminster Bank, but retained his seat on the bank’s board, which he had held since 1926. He also remained a director of Bank of Scotland.

In summer 1932 he was suddenly taken ill while on holiday in Scotland with his wife. He died there on 10 August 1932. One obituary remarked, ‘we doubt if, since the death of the late Sir Edward Holden [chairman of Midland Bank; died 1919], heavier loss has been sustained than that which was suffered last month by the death of Mr John Rae.’