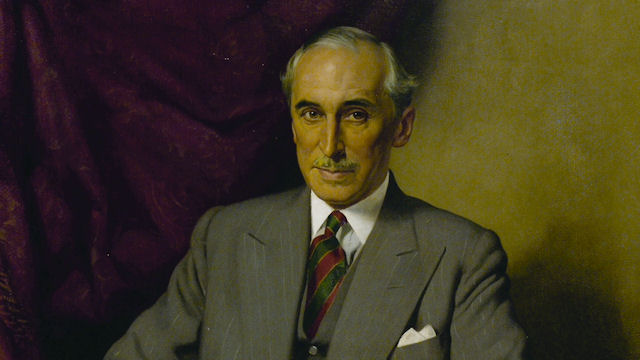 John Maxwell Erskine was born on 14 December 1893 in Kirkcudbright, the son of John Erskine and his wife Maryanne.

He was educated at Kirkcudbright Academy.

In May 1910, when he was 16 years old, he went to work as an apprentice in Kirkcudbright branch of Commercial Bank of Scotland.

From May 1914 he served as a temporary relief clerk at head office, and in August 1915 he was officially transferred to the head office staff as a clerk in the law department. He subsequently served in the First World War as a bombardier in the Royal Field Artillery, before returning to Commercial Bank of Scotland's head office.

In the early 1920s he qualified – at the bank's suggestion – as a solicitor, studying alongside his continuing work in the bank's law department.

During his time as general manager of Commercial Bank of Scotland, he was credited with initiating or supporting numerous measures which improved employment conditions for the bank's staff, including:

After Erskine received his knighthood in 1949, the bank commissioned a portrait of him to celebrate his achievements. The portrait was unveiled, and formally presented to Erskine, in March 1950.

He retired as general manager at the end of 1953, but continued as a director until 1969 (by which time, following a merger in 1959, the bank had become National Commercial Bank of Scotland).

At the time of his retirement as general manager, the magazine of the staff association of Commercial Bank of Scotland remembered him as:

A man of vision and great personal charm, he engendered a feeling of comradeship and togetherness perhaps unique in banking. His sympathetic consideration for others and his apparent concern to do all in his power to better conditions of service made us all proud to serve under him.

Other roles, offices and interests

Erskine was a member of the Scottish Savings Committee from 1941, and in 1946 was appointed chairman of the committee.

He also served periods as president of the Edinburgh Union of Boys' Clubs; chairman of the Scottish Council of Social Service; trustee and member of the executive committee of the Carnegie Trust for Scottish Universities; and foundation member and council member of the Thistle Foundation.

He was a deputy lieutenant and justice of the peace for the county of the city of Edinburgh, and a member of the Royal Company of Archers.

In his youth he was an enthusiastic amateur photographer, and later in life described himself as 'still reasonably proficient' at photography. He declared that 'soccer, rugger, tennis, golf and shooting have been no use to me whatever for various reasons', but enjoyed fishing.

In 1961 he was raised to the baronetcy, becoming Sir John Maxwell Erskine of Rerrick.

In September 1922 he married Henrietta Dunnett, whom he had probably met at the bank, where she worked from 1916 to 1921. They had two children together.