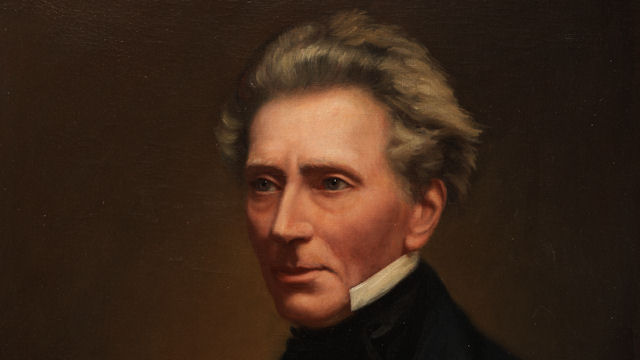 James Taylor (1788-1863) was a draper, banker and writer on monetary matters. He was senior partner in the banking firm James Taylor Esq (later James Taylor & Co) from 1846 until his death.

James Taylor was born in 1788, the son of James Taylor, an East Retford bookseller.

In around 1801 he was apprenticed to a long-standing linen drapery business in Bakewell which had recently been acquired by his brother-in-law Robert Johnson.

In 1809, when Taylor was 21, his brother-in-law took him into partnership, and the business became known as Johnson & Taylor. At some point the business began undertaking private banking activities, possibly originally to meet demand for cash for wage packets at the local cotton mill, which had been founded by Richard Arkwright in 1782. This diversification of the firm’s business seems to have been largely at Taylor’s instigation, and run by him.

Robert Johnson died in 1835 and James appears to have inherited his share of both the banking and the drapery interests. In 1846 the two businesses were formally separated. The banking business became known as James Taylor Esq. In about 1854 Taylor’s son (also James) joined the firm and it became James Taylor & Son.

In 1879, some years after Taylor’s death, his son sold the bank to Crompton & Evans’ Union Bank, a growing joint stock bank formed by merger two years earlier in Derby.

The controversial Bullion Report of 1810, a landmark work on money and banking, prompted Taylor to become involved in the systematic study of monetary issues. He became a firm anti-bullionist, and wrote widely on the subject.

His first pamphlet, No Trust, No Trade! was printed in 1826 by his brother John Taylor, who was employed in the London publishing trade. The tract defended bankers from the charges made against them during the financial crisis of 1825, when many of Britain’s provincial banks had failed.

Taylor went on to publish numerous other works on currency and monetary issues, including A View of the Money System of England from the Conquest in 1828. His writings were significant enough to secure him an entry in late-Victorian editions of The Dictionary of National Biography, although he is less remembered today.

Taylor died on 27 August 1863. Such was his reputation in Bakewell that the town’s shops closed for his funeral as a mark of respect.

A lengthy obituary in the Bankers’ Magazine celebrated his abilities as a banker: ‘During a long and active career, passed in perilous times, the accuracy of his judgement enabled him to steer clear of the shoals and rocks of commerce, and the pure integrity of his character armed him against the temptations which proved fatal to many of his professional order’.