Henry Drummond of the Grange 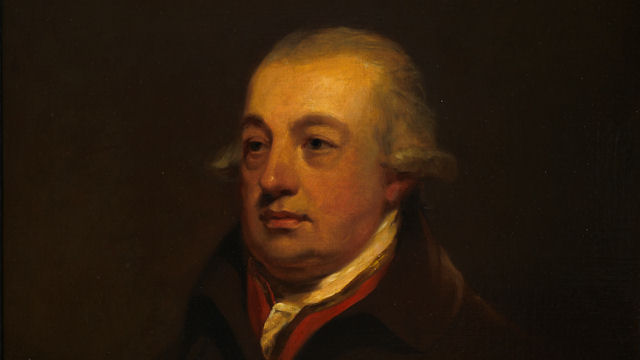 Image: undated portrait of Henry Drummond in the style of Henry Raeburn © RBS 2018

Henry Drummond (1730-95) was a partner in the London bank Messrs Drummond.

Henry Drummond was born on 7 February 1730, the 4th surviving son of at least 13 children of William Drummond, 4th Viscount Strathallan and his wife Margaret, daughter of Lord William Murray. William Drummond was a prominent Jacobite. He had taken part in the 1715 Rising, and had been taken prisoner at Sherrifmuir. Three decades later, he was a leading participant in the '45 Rising, commanding the Jacobite forces in Scotland when the Prince advanced south into England. He was killed in the Jacobites' crushing defeat at Culloden in 1746.

In 1744 Henry Drummond and his elder brother Robert were sent to London to live with their uncle Andrew Drummond.

In 1749 Henry Drummond and his brother Robert both began work in their uncle Andrew Drummond's banking business, located at Charing Cross in London. The bank counted many army agents among its clients and Henry himself became agent to four regiments (including the Black Watch) during the Seven Years' War (1756-63). In 1763 he was financial agent for New Jersey.

From 1764 he worked with another army agent, Richard Cox. They formed a partnership in 1765 and built up a substantial business, operating from Craig's Court, Charing Cross, close to Drummond's Bank. By 1771 they had 18 regiments on their books.

In 1770 Henry Drummond replaced his cousin John as joint (with Thomas Harley) paymaster of the British forces in North America. Henry Drummond had first become involved with this business in 1767, and continued to hold the post – later extended to include payment of the forces in the West Indies – until 1783. The Royal Bank of Scotland's archives include papers relating to the work of John and Henry Drummond as army paymasters (source overview: PDF 30KB).

After Andrew Drummond's death in 1769 his bank was run as a partnership by Henry’s brother Robert and cousin John, but John's health was poor and the business was expanding rapidly. It soon became evident that the bank needed an additional partner. In 1772 Henry Drummond ended his partnership with Richard Cox to return to the family bank as a partner. He continued in that role until his death in 1795.

At the time of Henry Drummond's death the bank had nearly 3,200 client accounts, compared with just over 1,500 in 1772 when he joined the bank.

For generations thereafter, the bank's partnership continued to be built upon the three branches of the Drummond family – the descendants of Henry, Robert and John – with each branch represented by one or more partners.

On 21 March 1761 Henry Drummond married Elizabeth Compton, daughter of the Member of Parliament Charles Compton. They had a son, Henry, and a daughter, Anne.

In 1774 Henry Drummond entered parliament, representing Wendover in Buckinghamshire. He was a supporter of Lord North and in 1780, at North’s suggestion, he was elected MP for Midhurst in Sussex. He held that seat until 1790.

When Henry Drummond first moved to London as a teenager, it was as part of Andrew Drummond’s family, living above the bank.

He later bought a house of his own in St James's Square, London. He also kept a country home, initially at Langley Park, Buckinghamshire, and then from 1787 at the Grange, Northington, near Alresford, Hampshire.

Henry Drummond died on 24 June 1795 at the Grange. He was survived by his wife Elizabeth. Their son Henry, also a partner in the bank, had died the previous year.