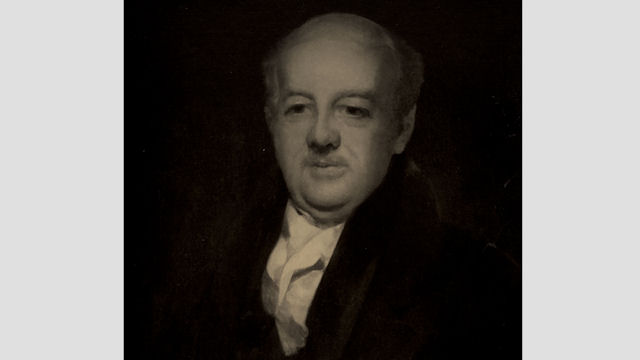 Gilbert Innes was born on 7 February 1751, the fourth child of George Innes and Marion Lauder. At the time of Gilbert’s birth, George Innes was second cashier of the Royal Bank of Scotland; he later became first cashier, a post equivalent to chief executive.

Innes was born at Stow, his father’s estate near Lauder in Berwickshire. When Gilbert’s father died in 1780 Gilbert was sole surviving son, and so inherited the estate, becoming known as Gilbert Innes of Stow.

The Innes family were closely connected with the Royal Bank of Scotland. George Innes’ younger brother Alexander (uncle of Gilbert) also worked for the bank, as did George and Alexander’s uncle, also named Alexander.

Gilbert Innes attended classes at Edinburgh University, but is not thought to have taken a degree.

Gllbert Innes of Stow became a director of the Royal Bank of Scotland in 1787. Seven years later, in 1794, he became the bank’s deputy governor. At that time, the post of governor was largely an honorary title, with little direct involvement in day-to-day business, whereas Innes, as deputy governor, was actively involved in the Bank’s management.

For his first 14 years as deputy governor Innes worked alongside his cousin William Simpson, who was the bank’s cashier (equivalent to chief executive). In 1808 Simpson was succeeded by George Mitchell, a nephew of both Simpson and Innes. From 1816 to 1825 the post was held by George Mitchell’s brother William.

Innes played an important role in ensuring the bank’s success in the late 18th and early 19th centuries, including its survival amid severe commercial crises in 1793 and 1797.

Gilbert Innes was active in numerous artistic and charitable enterprises. He was treasurer of the Highland Society from 1814 until his death. He was a manager of Edinburgh’s Royal Infirmary; a member of the Board of Manufactures; a director of the Edinburgh Assembly Rooms; and treasurer of the Pitt Club of Scotland from its foundation in 1814.

He was an enthusiastic patron of the arts, a friend of the painter Sir Henry Raeburn and – in his younger days – a noted amateur singer.

Innes had always enjoyed good health, but on 24 February 1832, at the age of 81, he was taken ill. He died at home in Edinburgh two days later.

He had amassed a significant personal fortune, and by the time of his death was reputed to be the richest commoner in Scotland. Innes had never married and died intestate, so his estate passed to his sister Jane. After she died intestate in 1839, investigations and claims relating to the estate revealed that Innes was the father of at least 67 illegitimate children.

The Innes estate was inherited by Gilbert Innes’ nephew William Mitchell, who had been cashier of The Royal Bank of Scotland, 1816-25. He changed his name to William Mitchell-Innes.