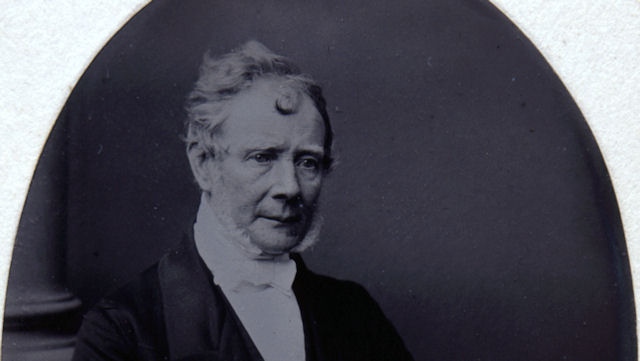 George Rule (c.1796-1870) was an employee of Commercial Bank of Scotland, and the bank's first historian.

George Rule was born in around 1796. He was the first person to be taken on as an apprentice by Commercial Banking Company of Scotland. His 5-year apprenticeship to the bank's secretary began in February 1812, 15 months after the bank had begun trading.

In 1818 he moved to the accountant’s office as a clerk.

Rule spent the rest of his working life at Commercial Bank of Scotland. At around the time of his retirement in 1865 he compiled a short manuscript history of the bank’s formation and early operation, written under the pen-name Regulus (a latinisation of his surname). It includes brief biographical and career details of its early staff, and remains the leading source of information about the bank’s early employees.