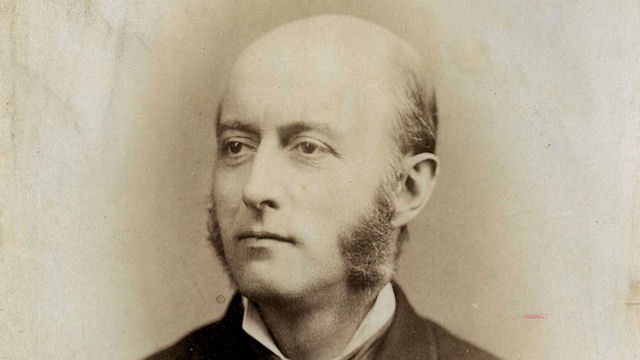 Frederick George Hilton Price (1842-1909) was an employee, and later a partner, of the London bank Child & Co. He was also a distinguished amateur historian, archaeologist and collector.

Frederick George Hilton Price was born in Dalston, north east London, on 20 August 1842. He was the eldest of seven children of Frederick William Price, a clerk in Child & Co, and his wife Louisa Tinson.

In 1866 his widowed father married Emma Chatterton Green (1834-1910). They had a further five children together.

Frederick George Hilton Price was given the name ‘Hilton’ in honour of an uncle. Although officially a forename, he appears to have adopted it as part of his surname, being generally known as Mr Hilton Price.

Despite this preference, there is no evidence that he ever officially changed his name. His children had the surname Price.

After a short period as a junior clerk in another London bank, Hilton Price joined Child & Co in May 1860. Child & Co, perhaps alone among English banks of the period, made it possible for a clerk to work his way all the way up the bank to the level of partner, and Hilton Price’s career followed this course. In 1887, the year before his father died, Frederick George Hilton Price was promoted to fill a vacancy in the partnership. 14 years later, in 1901, he became senior acting partner. He retained that position until his death in 1909.

Hilton Price was an enthusiastic amateur historian, archaeologist and collector. In all these fields, he wrote and published meticulously researched and ground-breaking articles.

Child & Co itself was one of the earliest-established banks in England, and Hilton Price developed a keen interest in its history. One of his earliest-published monographs told the story of Child & Co and its premises. He returned to the subject later in his book The Marygold by Temple Bar (1902).

He wrote books on the old street signs of the City of London and on the early history of banks and banking in London, both of which remain important today as works of reference.

Many of Hilton Price’s publications were reports of work in progress rather than completed investigations. His own copies of his publications – some of which are held in The Royal Bank of Scotland Group’s archives – are copiously annotated with further information, some of which went on to appear in later editions of his works.

When Child & Co’s Fleet Street premises were demolished and rebuilt in the late 1870s, Hilton Price undertook an excavation of the site. He published accounts of his findings in the 1890s. It is probable that it was his discoveries about the history of the site that led to the inclusion of unusual vaulted ceilings within the bank’s new premises.

Hilton Price was an avid collector with a wide range of interests, including English (particularly London) and Egyptian antiquities. Among his most notable collections were important sets of spoons, coins and fossils.

Many of the fossils in his collection derived from the Gault formation of Folkestone, on which he became an expert and wrote a substantial number of articles. Another of his articles related to fossils discovered during the excavation of the site of the new Law Courts in the Strand, almost opposite Child & Co.

He exhibited, and published a catalogue of, his collection of Egyptian antiquities.

He donated some items from his collections to museums during his lifetime. Others were sold after his death. As a consequence, numerous items formerly in Hilton Price’s possession can now be found in various museums, including the British Museum, the Museum of London, the Victoria & Albert Museum and the Pitt Rivers Museum.

Hilton Price was an active member and office holder in numerous historical, archaeological, geological and zoological societies, including:

On 5 November 1867 Hilton Price married Christina (1842-1928), daughter of William Bailey of Oaken, near Codsall, Wolverhampton, Staffordshire. They had two children together:

The family lived successively in Paddington, Marylebone and, at the time of Hilton Price's death, at 17 Collingham Gardens, South Kensington.

Frederick George Hilton Price died on 14 March 1909 at Cannes, France, following an operation. An obituary declared that he had been a man who had ‘an intimate knowledge of business, of wide culture [and was] possessed of a fine presence and of genial disposition’.

He was buried at Finchley, London, in a plot adjoining his father’s grave.