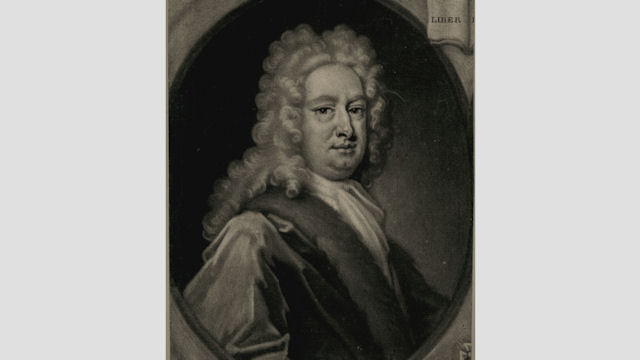 Image: engraving of Francis Child before he was knighted in 1732

Sir Francis Child (c.1684-1740) was a London goldsmith and banker. He was a partner in one of England’s earliest banks, still trading today as Child & Co.

Francis Child was born in around 1684, the fourth son of the goldsmith-banker Sir Francis Child and his wife Elizabeth. It is most likely that he spent his childhood at Hollybush House, Parson's Green, Fulham.

Francis Child became a partner in his father’s banking business in 1704. His elder brother Robert and younger brother Samuel also went into the firm. Their father died in 1713.

After Robert Child’s death in 1721 Francis Child became head partner in the business, which then traded under the name Francis Child Esq & Co. The business continued to thrive, and in 1739 Child greatly expanded its premises by buying the Cock Ale House, next door to the bank’s long-standing home at the sign of the Marygold in Fleet Street.

Francis Child obtained his freedom of the Goldsmiths Company in 1706. He joined the livery of the Company in 1708, and served as its prime warden in 1723–4, following in the footsteps of both his father and elder brother Robert.

Francis Child was elected an alderman for the ward of Farringdon Without in 1721, and held the position until his death. Like his father before him, he served as Sheriff of London (1722–3) and as Lord Mayor (1731–2).

He was one of four Members of Parliament for the City of London from 1722 until 1727, and then represented Middlesex from 1727 until his death in 1740. His main contributions to parliamentary activities related to financial and City affairs. He also supported the Westminster Bridge Bill in 1736.

Like his father, Child served as president of Christ's Hospital, 1727–40, where the hall was improved at his expense.

He was a director of the East India Company at various times in the period 1718-1735.

In 1721 Francis Child inherited a considerable property portfolio from his brother Robert, including Osterley Park, Middlesex; Hollybush House, Fulham; 42 Lincoln's Inn Fields, Middlesex; and various other tenanted buildings in Middlesex. He rented most of them out. At Osterley, he carried out major alterations, probably including the laying out of extensive formal gardens. In 1726 he bought an estate nearby, at Northall.

He also invested heavily in the East India and South Sea Companies.

Sir Francis Child died on 20 April 1740 and was buried in Fulham churchyard. He had never married.

He was succeeded as head partner at the bank by his brother Samuel. He left his property to family members and to Christ's Hospital and the East India Company Hospital at Poplar.