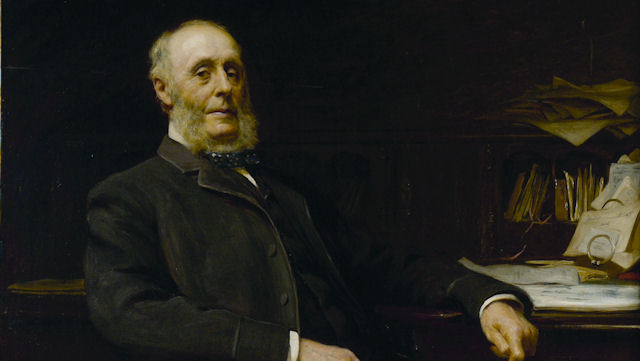 Edward Andrew Sanders was born in Exeter on 2 March 1813. He was one of eight children of Edward Lloyd Sanders, an Exeter banker, and his wife Isabella, daughter of the Archdeacon of Barnstaple.

He was educated at Harrow School and Oxford University. At both school and university he was an enthusiastic cricketer, captaining his school side and earning a blue at Oxford.

In 1835 Sanders became a partner in the family banking firm of Sanders & Co, where his father was senior partner. He was the third generation of his family in the bank, his grandfather having been one of its founders in 1769.

Sanders became senior partner of the bank in 1846. He held that post until 1902, when the bank was acquired by the larger bank Prescott, Dimsdale, Cave, Tugwell & Co. Even then, Sanders continued to attend to business at the Exeter office until autumn 1904, not long before his death.

Although Sanders himself never stood for election, he was actively involved in Conservative politics in Exeter. One contemporary described him as ‘the guiding influence in the Exeter Conservative party.’

Other roles and interests

He was a trustee for numerous institutions in the Exeter area and subscribed to many charitable appeals.

For 40 years he was an officer in the 1st Royal Devonshire Yeomanry.

He was a keen churchman, and was actively involved in the restoration of Exeter Cathedral, contributing time and money to fundraising for a new organ and windows and the rehanging of the bells.

On 14 June 1848 Sanders married Marianne Ford, daughter of the Reverend James Ford and sister-in-law of Thomas Hughes, the author of Tom Brown’s Schooldays. Together they had two children: Isabella, born 1850, and Edward James, born 1853.

In 1877 Edward James Sanders joined his father in the banking partnership.

In later years, Edward Andrew Sanders’ eyesight deteriorated. He lost the sight of one eye entirely, but specialist treatment in Germany was successful in saving the other.

Until as late as autumn 1904, when he was 91 years old, Sanders continued to attend business at the bank daily. Around then, however, his health went into rapid decline, precipitated by a cold and much worsened by the shock of his son Edward's sudden death.