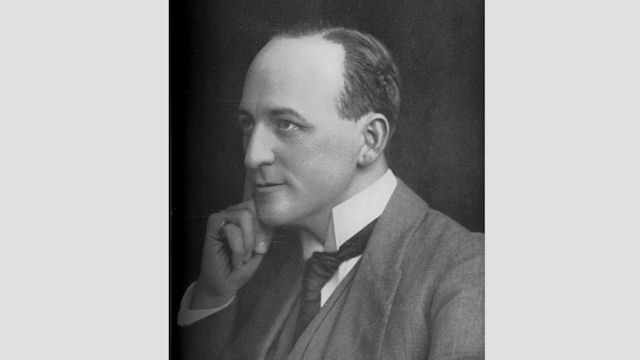 Edward Futcher Davies (1881-1936) was an international banker who worked in the foreign branch of London County & Westminster Bank, 1911-9, and later served as The Royal Bank of Scotland's foreign delegate, 1926-36.

Edward Futcher Davies was born in London in 1881, the son of a hatter and his wife.

Davies started his career in the London office of Deutsche Bank in the late 1890s. At that time, the British banks were relatively backward in handling foreign exchange business. The German banks were the acknowledged leaders in the field, and his time in Deutsche Bank gave Davies expertise that was to prove valuable later in his career.

In 1914 Davies was appointed manager of the bank's foreign branch. Soon afterwards, the First World War broke out, and Davies' international expertise became more important than ever. With the German banks closed, British banks suddenly needed to develop their own foreign exchange operations, and Davies was one of the few British bankers with extensive experience in the field. He was immediately appointed chairman of the Committee of English and Foreign Bankers in London, set up by the government at the outbreak of war to advise the treasury on technical matters relating to the exchange market.

Davies became a known and respected expert on international money matters. In 1915 and 1916 he published pamphlets comparing the financial systems of Britain and Germany, with the aim of exposing weaknesses and signs of imminent collapse in the German economy.

In 1919 Davies was appointed managing director of Banco Nacional Ultramarino. He was based at the bank’s head office in Portugal, but travelled widely in Europe and America.

After a few years, however, ill health forced him to retire from business. He settled in Versailles, near Paris.

By 1926, Davies was bored of retirement. He approached The Royal Bank of Scotland – probably through his friend William Whyte, who was the Bank’s London manager – to propose that it create a new post for him. With his formidable foreign language skills and wide network of contacts in banks all over the world, he offered to publicise the bank internationally and put it in touch with banks abroad, helping it to develop all aspects of its foreign interests. The bank agreed to the proposal, and Davies became foreign delegate of The Royal Bank of Scotland.

For the next ten years Davies travelled widely on behalf of the Royal Bank of Scotland, observing and reporting on financial circumstances all across Europe and in America. These were times of extraordinary change and growing turmoil in Europe. Although his primary interest was in banking and economic affairs, his reports back to head office often touched upon wider social and political circumstances, including the rising tide of fascism in several of the countries he visited.

Davies continued to work for The Royal Bank of Scotland until his death.

Edward Davies and his wife had a daughter and two sons, one of whom worked for The Royal Bank of Scotland at its London office.

He died on 19 December 1936, following a brief illness. He was 55. His obituary in The Times noted that 'he was very popular with his colleagues, even though often many of them were left breathless in trying to keep pace with him.' Bankers' Magazine, to which Davies had been a regular contributor, declared 'there were probably few men who were better or more favourably known in banking circles and even in still wider circles throughout the Continent of Europe than Mr Davies.'

His friend William Whyte, who by that time had become general manager of The Royal Bank of Scotland, remarked 'he was a great colleague and a still greater friend, and I shall miss him very much.'