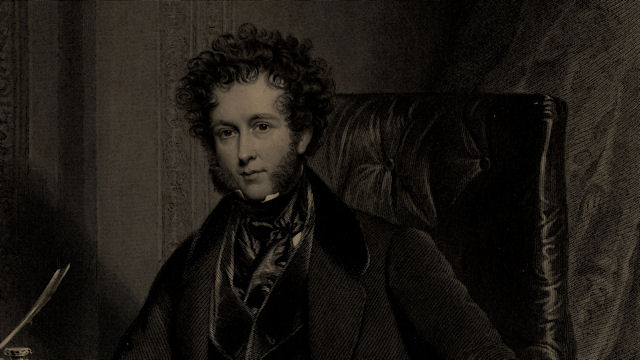 Daniel Robertson was born in Perthshire, Scotland, in 1805. He was initially trained in the law but left that profession in favour of banking.

In around 1822 Robertson joined Commercial Bank of Scotland, working as a clerk at Kirkcaldy and later in the accountant’s office in Edinburgh. He joined the new Glasgow Union Banking Company in 1830 as an accountant in its Edinburgh branch, and became an inspector of branches for the bank in 1833.

In 1833 preparations were underway in England for the establishment of a new nationwide bank, to be named National Provincial Bank of England. It was to be a joint stock bank – that is, owned by a large number of shareholders rather than a handful of partners. Such banks had only been permitted in England since 1825, but they had a much longer tradition in Scotland. Indeed, joint stock banking was commonly referred to at the time as the ‘Scotch system’.

To ensure its success, National Provincial Bank of England needed managers who had experience of the Scotch system. A search was made for suitable candidates, and over 100 men were considered. Of these, 12 were finally appointed. Robertson’s name is said to have been at the very top of the list.

The original intention was that National Provincial would be formed as a federation of local, independent banks with a central management overview in London. This approach soon proved unwieldy, and in 1835 – the year after the venture had begun – the system of federated banks was abandoned in favour of a centrally-directed branch network. This newly-centralised bank needed a general manager, and Daniel Robertson became the first man to hold that post.

When Robertson became general manager in 1835, National Provincial had about 20 branches. In the next three decades, Robertson led the bank from strength to strength. He opened new branches and oversaw the acquisition of 19 small private country banks. By 1864, shortly after his retirement, the bank had 119 branches, and had proved that a national shareholder-owned bank could be a success.

Robertson earned the respect and loyalty of his staff by bringing in a series of (for that era) unusually progressive welfare measures, including payments to staff in sickness and old age, pensions for widows and bonuses when the bank enjoyed ‘more than ordinary success’. He promoted talent from within the bank and was reluctant to dismiss staff for trivial errors, if he felt a reprimand could suffice.

Outside the bank, Robertson was respected for his broad and deep knowledge of banking. He was called to give evidence to the House of Commons committee of enquiry on joint stock banking in 1836.

Robertson retired as general manager in 1863. Bankers' Magazine noted that ‘Mr Robertson will be followed into his retirement by the sympathy and good wishes – of the shareholders of the bank, whose property his management has so greatly improved – of the directors to whom he was the long-tried and faithful adviser – of the officers, of whom he was the considerate friend; and by the esteem of the banking community, of which he was so long an important member.’

After his retirement he became an honorary director of the bank, and remained so until his death the following year.

Robertson was married to Ellen McLachlan. They had three sons and one daughter together.

Robertson’s wife and grown-up children all predeceased him in rapid succession, and it was their loss and the consequent strain upon his health that prompted him to seek retirement.

Daniel Robertson died on 5 November 1864, aged 59, and was buried in Crieff Cemetery, Perthshire.