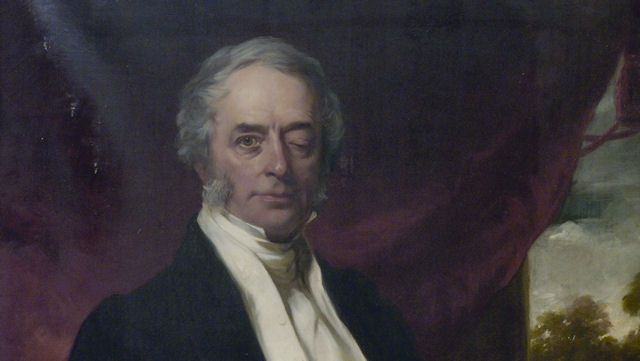 Clement Royds was born on 8 October 1785 in Falinge, Rochdale. His father was James Royds, whose family had been woollen merchants in Rochdale for centuries, and by the late 18th century had become one of the district’s wealthy landed families. His mother was Mary, daughter of Charles Smith of Summer Castle, Rochdale.

Clement Royds went into the family business, operating as a woollen merchant at Falinge, Rochdale. In 1827 he expanded his interests into banking by acquiring the Rochdale branch of the Halifax-based bank of John, William & Christopher Rawson (est.1811). The Rochdale branch, originally opened in 1818, was briefly known as Royds, Smith & Co, but by late 1828 had become Clement Royds & Co. Royds remained senior partner of the bank until his death in 1854.

Rochdale was one of the towns enfranchised by the Great Reform Act in 1832. Five years later, Royds stood unsuccessfully as Conservative candidate for the seat. He was defeated by John Fenton, the Liberal candidate and Royds’ main banking competitor in Rochdale. Royds himself was never elected to parliament, but many years later his grandson, also named Clement Royds, served as Member of Parliament for Rochdale.

Royds served as Deputy Lieutenant for the counties of York and Lancaster and in 1850 was made High Sheriff of Lancashire. The Illustrated London News published an account of the great festivities that surrounded Royds' departure to Liverpool as High Sheriff in 1850, when a magnificent procession of 150 carriages and 400 horsemen accompanied him to the railway station. A street in Rochdale was subsequently named after him.

Royds was a long-standing local magistrate and chairman of the bench. In the 1840s he served as honorary treasurer of the local savings bank, which provided financial services to smaller savers.

In 1810 Clement Royds married Jane (1788-1853), daughter of Charles and Jane Hudson of Halifax. The couple lived at Green Hill and later Mount Falinge, Rochdale. They had four sons and three daughters together:

Clement Royds was blind in one eye.

Clement Royds died on 6 September 1854 in Falinge, Rochdale. He was buried in Rochdale parish church. His son William succeeded him as senior partner in the bank.

The building of St Edmund’s Church, Rochdale in 1870-3 was funded by Albert Hudson Royds in memory of his parents Clement and Jane Royds.