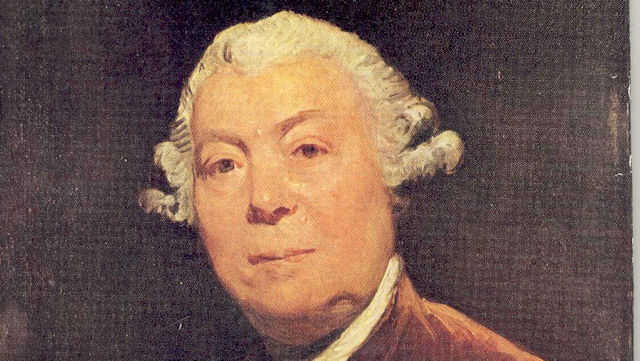 Andreas Grote (1710-88), known in England as Andrew Grote, was a merchant and founding partner in the bank Prescott, Grote, Culverden & Hollingsworth.

Andreas Grote was born on 15 April 1710 in the city of Bremen, in what is now north west Germany. He was the son of Otto Grote, a Dutch merchant, and Gesche Mullershausen.

He moved to London in 1731 to establish himself as a merchant, bringing with him a small amount of capital and some introductions to recognised English merchants.

In England, Grote settled in Leadenhall Street in the City of London. With Paul Kruger, a fellow merchant originally from Hamburg, he formed Kruger & Grote, an agency business trading in various commodities with cities in Holland and Germany. He became very successful, and biographical accounts noted that, despite his foreign origins, he became ‘in all respects the representative of the English merchant of the period.’

In 1766, together with George Prescott, William Culverden and John Hollingworth, he formed the banking partnership Prescott, Grote, Culverden & Hollingworth. The latter two men seem to have been inactive partners, with the bulk of responsibility for managing the business falling upon Prescott and Grote. The bank initially traded from premises in Threadneedle Street, close to the Bank of England. A decade later it moved to larger premises in Sun Court, 62 Threadneedle Street.

Andrew Grote remained a partner in the bank until his death in 1788. By that time his son Joseph had already joined him in the partnership, and in fact the Grote name remained part of the bank until 1891, as successive generations of his family became partners.

In 1745 Andrew Grote married Ann Adams of Oxfordshire. They had one son, Joseph Grote, who himself went on to become a successful merchant and a partner in the bank. Ann died in 1757, leaving Andrew a considerable fortune.

Three years later Andrew Grote married Mary Anne Culverden, the sister of William Culverden, one of his fellow partners in the bank. They had 3 sons and 6 daughters together. Mary Ann died in 1787.

Andrew Grote died on 8 December 1788 at Blackheath. He was buried in the church where he had been a member and elder, the Dutch Church at Austin Friars, London.