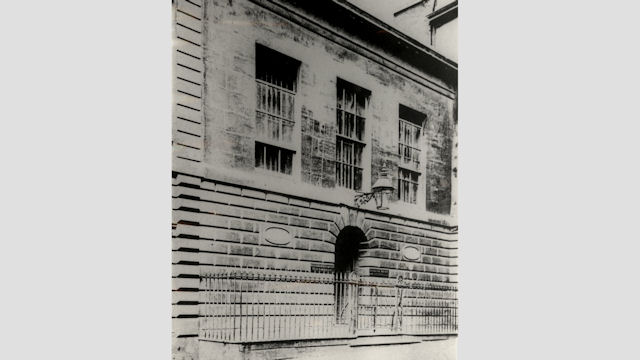 This private bank was opened in 1750 as Tyndall, Elton, Lloyd, Miller, Knox & Hale by a partnership of Onesiphorus Tyndall, a West India merchant and drysalter; Isaac Elton; Harford Lloyd; William Miller, a grocer; Thomas Knox; and Matthew Hale, the managing partner. Originally called Bristol Bank, it became known as Bristol Old Bank from 1752. In 1776 the bank moved premises from 42 Broad Street to Clare Street and then, in 1798, to what became 35 Corn Street. From 1750 to 1826 there were many partnership changes.

The firm acquired fellow Bristol bank Cave, Ames & Cave in 1826. It ceased to issue banknotes in 1844.

Our archival records of Miles, Cave, Baillie & Co have the reference code MCB.