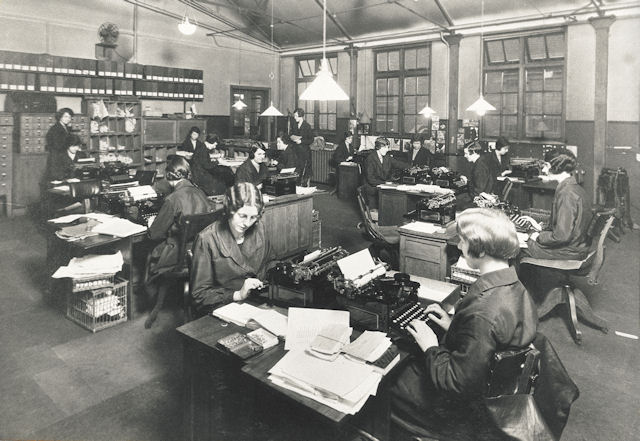 This army agency was established by William Kirkland, agent to the First Regiment of Foot, in Bennett Street, St James's, London, in about 1809. Army agents kept the accounts of army regiments, distributing pay and subsistence, dealing in supplies of clothing, claims for pensions and injury, and providing a general banking business for soldiers and their families. In 1815 William was joined by Nugent Kirkland. The firm traded as Nugent & John Kirkland by 1822, and as John Kirkland from 1825. The firm moved successively to Waterloo Place, Whitehall, Pall Mall and Whitehall Place and by 1847 held 17 army agencies.

After John's death in 1871 the business was run by Vesey Weston Holt. It was styled Vesey Holt & Co from 1881, when Vesey George Mackenzie Holt succeeded his father, and Holt & Co from 1883. Following the reform of the British army in 1872 competition for the more limited agency work was acute, and in 1884 the army agent Lawrie & Co was acquired. Thereafter the firm was known as Holt, Lawrie & Co, reverting to Holt & Co once again in 1891.

In 1892 the government fee for disbursements was cancelled, and agency profits therefore had to be made entirely from the banking services offered to officers and their families. However, the volume of work increased massively with the outbreak of the First World War, and the staff of 40 increased to 850. During the war Holt & Co dealt with the pay of over 50,000 army officers. Links were also forged with the Navy, through the 1915 acquisition of naval agents Woodhead & Co, and the Royal Air Force, through the offer of part of the newly-formed Service's pay agency to Holt & Co in 1918.

In 1923, upon the death of Vesey Holt, who had led the firm since the 1890s, the business was acquired by Glyn, Mills, Currie & Co, but continued to trade separately, moving from Whitehall Place to Kirkland House in Whitehall in 1930. In 1939 Glyn, Mills & Co was itself acquired by The Royal Bank of Scotland, but Holt & Co still continued to trade as a separate business until the 1960s.

During the Second World War, the banking and pay departments were evacuated to Osterley Park, and the pay agency accounts increased from 2,600 in 1930 to 9,900 in 1939 and 42,600 by September 1945. After the war the pay and ledger departments were moved again, to new offices at Lampton, near Osterley. In 1970, however, following the introduction of the military salary, the Army and Royal Air Force pay agencies were not renewed, the pay department was closed and the Lampton site sold. Holt’s continued to operate many army-linked accounts and, in 1976, opened a branch in Farnborough to serve its army customers in the area. In 1992 the London business, then known as Holt's branch, Whitehall, was merged with that of the nearby Drummonds branch in Charing Cross.

Our archival records of Holt & Co have the reference code HO.