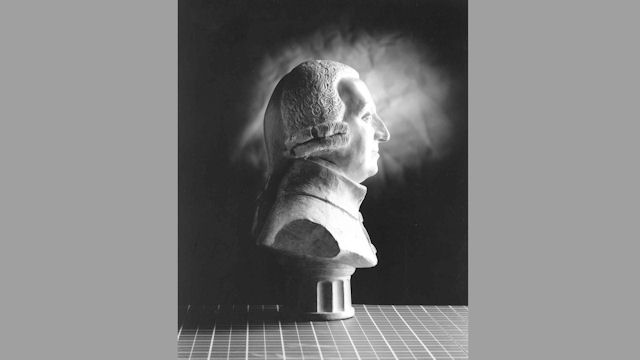 Image: bust of Adam Smith, the Scots economist in whose honour Adam & Company was named © RBS 2018

Adam & Company (1983-date), established in Edinburgh, is a member of the RBS family of banks.

Adam & Company was the first new retail bank to be established in Scotland since 1844, and was the brainchild of Sir Iain Noble. It aimed to provide high-quality Scottish-based banking and investment management services for wealthy clients. The bank’s prospectus described the type of client it sought to serve, explaining that ‘many professional people preoccupied with the responsibility of looking after other people’s affairs cannot spare enough time to look after the minutiae of their own...a senior executive in industry working long hours and travelling extensively cannot give the attention to his own personal matters which they merit’. In honour of its strong Scottish origins, the new bank was named after the great Scots monetarist Adam Smith.

The bank opened its doors for the first time at 22 Charlotte Square, Edinburgh, in 1984. It was an immediate success, thriving in the economic and political climate of the 1980s. From the outset, it laid emphasis on the importance of developing strong personal relationships with its clients and tailoring its facilities to meet their individual needs. It paid interest on both current and business accounts, and provided clients with detailed computer-coded account statements.

In 1986 Adam & Company absorbed Continental Trust Ltd, thereby acquiring a branch in London. The office, at 42 Pall Mall, formally opened under the Adam & Company banner in 1987. Early in 1987 the bank established a joint venture with International Management Group for the provision of personal financial planning services. At the same time the bank was restructured to form Adam & Company Group plc, with Adam & Company plc and the new subsidiary, Adam & Company Investment Management Limited, as wholly-owned subsidiaries. In the same year, the bank launched the Adam Gold Card in conjunction with the Visa network.

In late 1987 a branch was opened at 238 West George Street in Glasgow to cater for the private banking market in the west of Scotland. By mid-1989 Adam & Company employed over 100 staff and had £96 million in deposits and £40 million in advances. In 1990 the bank’s geographical coverage was extended with the establishment of Adam & Company International Limited in Guernsey, offering a full range of banking, investment, trust and company secretarial services.

In 1992 Adam & Company disclosed that it had suffered significant losses in its London-based treasury operation through unauthorised currency trading by dealers. For a time the company’s future looked uncertain, but the loyalty it had shown to its clients in previous years was returned handsomely by a client base that stayed with the bank, despite questions over its future. One major shareholder replaced the lost capital with a large subscription of convertible preference shares. The Royal Bank of Scotland, Adam & Company’s clearing banker since its foundation, also made available extended banking facilities to provide reassurance to Adam & Company’s depositors. Adam and Company soon made a full and successful recovery from its difficulties.

In 1993 The Royal Bank of Scotland Group made an offer of £10.5 million for the bank’s entire share capital. Adam & Company joined the Royal Bank, but retained its own identity, operating independently with a separate board of directors. Adam & Company’s association with a strong, well regarded parent boosted its profitability. In 1995 it acquired Carolina Trust (Guernsey) Ltd from the American NationsBank, thus strengthening its off-shore capability. Later the same year, Adam & Company opened an office in central Manchester.

Our archival records of Adam & Company have the reference code AC.